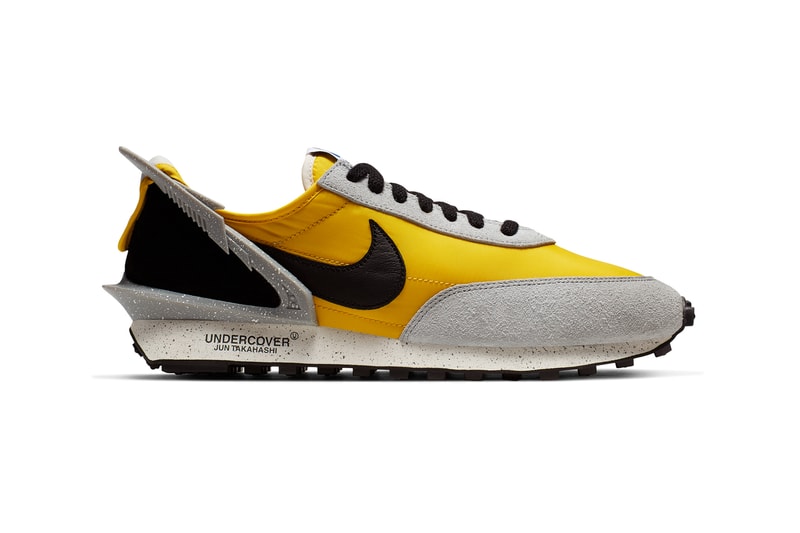 Undercover x Nike have provided an official look at their upcoming release featuring two Daybreak sneaker silhouettes. The design originally coined the Waffle Racer was seen as a part of the brand’s Spring/Summer 2019 collection. According to Sole Collector, the colorways that are set to release include "Bright Citron/Black" and "Blue Jay/Summit White." A total of seven pairs of Daybreak trainers will be rolled out throughout the summer.

In the official Nike imagery, the vibrant details on both pairs are shown vividly. The "Bright Citron/Black" iteration features a yellow upper accompanied by grey rubber detailing, black laces and an enlarged black Swoosh. While the "Blue Jay/Summit White" option includes a blue upper paired with dark grey accents, white lacing and a white Swoosh. Both pairs come with "UNDERCOVER" and "JUN TAKAHASHI" branding on the stacked midsole.

Undercover x Nike’s Daybreak sneaker in "Bright Citron/Black" and "Blue Jay/Summit White" are slated to drop this summer. There is not an official release date at the moment. Stay tuned here as more news emerges on the other colorways.

In case you missed it, check out Undercover x Converse’s Chuck 70s collaboration.