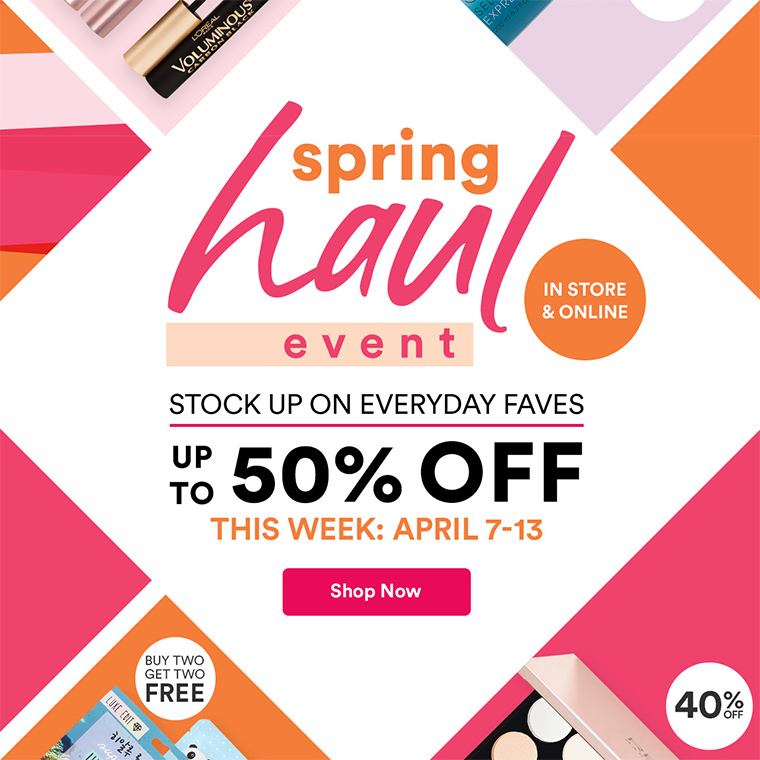 If you thought Ulta was done tempting you, think in again — the Spring Haul Event is here, which features “everyday faves” up to 50% off.  The event starts today, April 7th, and goes through April 20th, and features different deals available for one week only.  You can find the full list of deals here, but I’ve pulled out some of the more interesting ones below.

Plus, if you’re shopping drugstore brands, you can get $3.50 off $15 qualifying purchase (excludes prestige but includes most mass/drugstore) with code 788213.