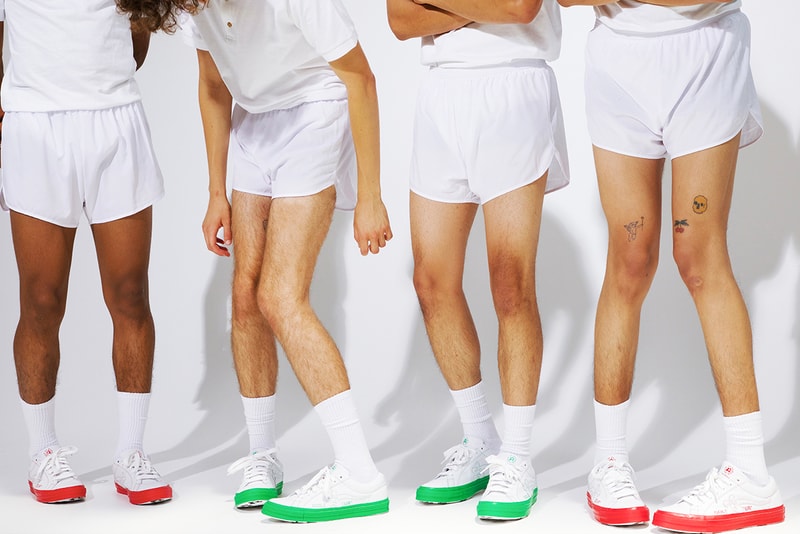 Following on from June’s rainbow design, Tyler the Creator and Converse have unveiled a new GOLF le FLEUR* "Colorblock" pack. The pack features two takes on the One Star silhouette, each with an all-white upper offset by a bold midsole in either "Racing Red" or "Kelly Green."

As well as the colorblocked midsole — giving the pack its name — each pair also features complimenting stitching. The "Racing Red" or "Kelly Green" detailing appears around the signature flower motif, as well as the sneaker’s tongue. The sneakers will release alongside a set of French Terry apparel, inspired by archive Converse athletic wear.

Take a first look at the GOLF le FLEUR* "Colorblock" in the gallery above, and expect them to arrive at Converse.com and Golf Wang on August 3.