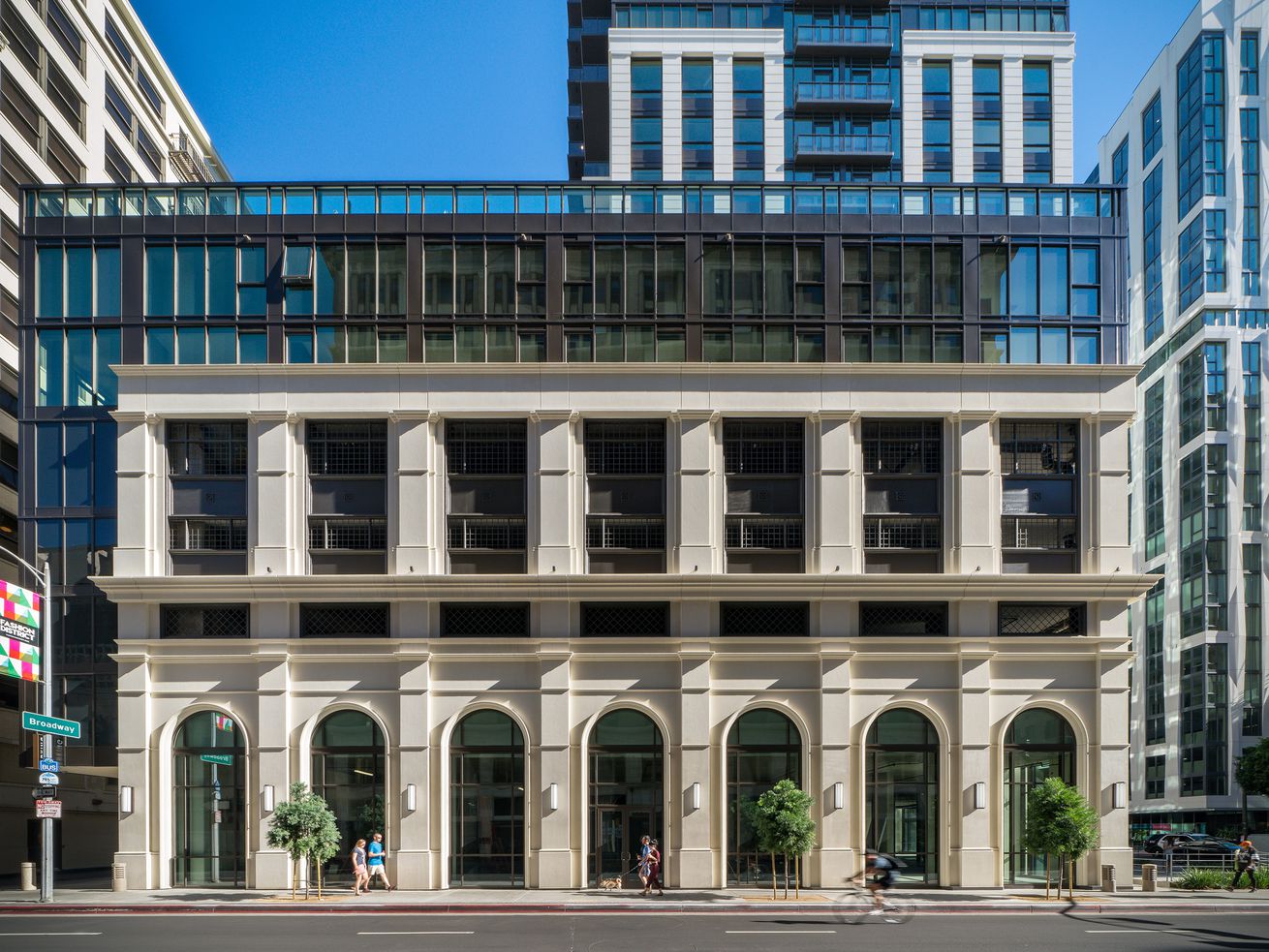 Architects MVE+Partners announced Friday the opening of not one but two apartment towers along Spring Street in Downtown LA designed by the firm and developed by Washington-based Holland Partner Group.

The buildings each rise 24 stories at Eighth and Spring streets, an area that MVE+Partners called “the intersection of the Historic Core and Fashion District.”

They bring a total of 575 studios and one-, two- and three-bedrooms to the area, with pricing from $2,245 to $6,805. Amenities include rooftop lounge areas, gyms, yoga studios, and pools.

Both towers attempt to mesh with their surroundings. In a nod to the Fashion District, The Grace on Spring’s facade was designed to mimic woven fabric. The Griffin on Spring features arched windows and a sandstone-colored face to blend with the Beaux Arts buildings nearby.

MVE President Matt McLarand says that seeing all the activity on Spring Street and being a part of it through these projects is invigorating.

“Spring Street is coming back to life with vitality,” says McLarand. “I get excited standing on the roof decks [of the Grace and Griffin on Spring]” and seeing the mix of new and old in the skyline.