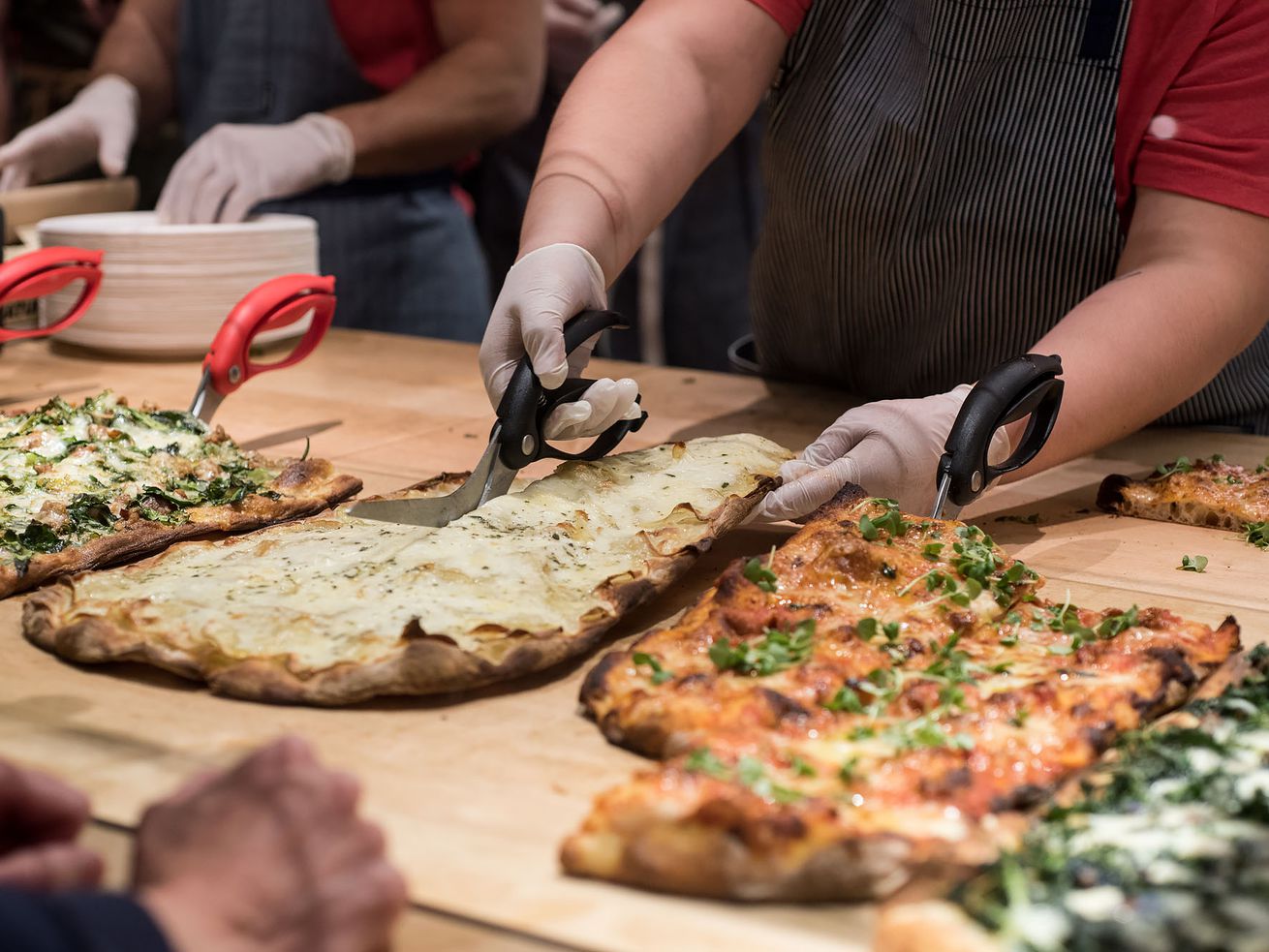 The Nancy Silverton collaboration is ready to roll on Sunset

While Matt Molina, Nancy Silverton, Randy Clement, Joe Capella and the crew are taking today off to make a few tweaks, diners can expect to find some dinnertime slices starting tomorrow evening. To start, Triple Beam Echo Park will only do hours from 5 p.m. until around 10 p.m., though they plan to jump to dinner and late night service very, very soon. They’re also providing pizzas for those inside the Echo music venue right next door.

Eaters who haven’t yet experienced Triple Beam Pizza in Highland Park can expect a pretty simple process, wherein long, square-ish pizzas of various flavors are presented to customers who then make selections based on size, indicating with their hands how much of the thin pizza they want to enjoy alongside a few salads, some focaccia bread, and beer and wine. Much like the original, this new location is rather small, with a few tables inside and a small patio right up front.

Ownership says this is far from the last expansion planned for Triple Beam; the group is keen to grow the company’s footprint all over the city, as well as their already busy catering arm. Meanwhile, more and more pizza overall continues to flood into Los Angeles, including a pan-regional newcomer called Patxi’s doing deep dish and other varieties down at L.A. Live.