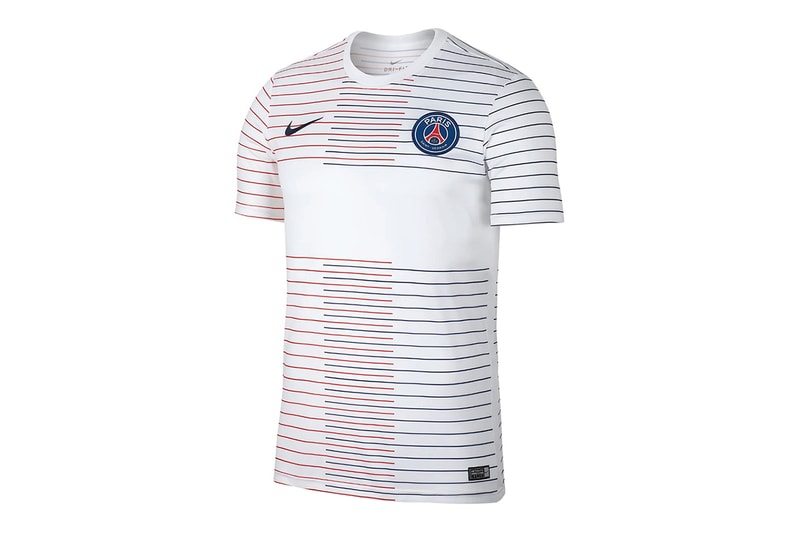 Although we have yet to see Paris Saint-Germain‘s kits for the upcoming 2019/20 season, the Ligue 1 giants have released its seasonal training gear for fans that want to dress like them.

Comprised of tops and bottoms, standout out items include the tri-colored jersey dressed in red, white and blue, which looks like a usual kit worn during a match. A club badge is featured on the left chest while the Nike Swoosh insignia is placed on the right. Elsewhere darker tons of navy blue and black take the lead on an alternate kit, short-sleeved top, pull over track-jacket, pants and training shorts.

Interested buyers can head over to PSG’s official site to purchase the looks now.