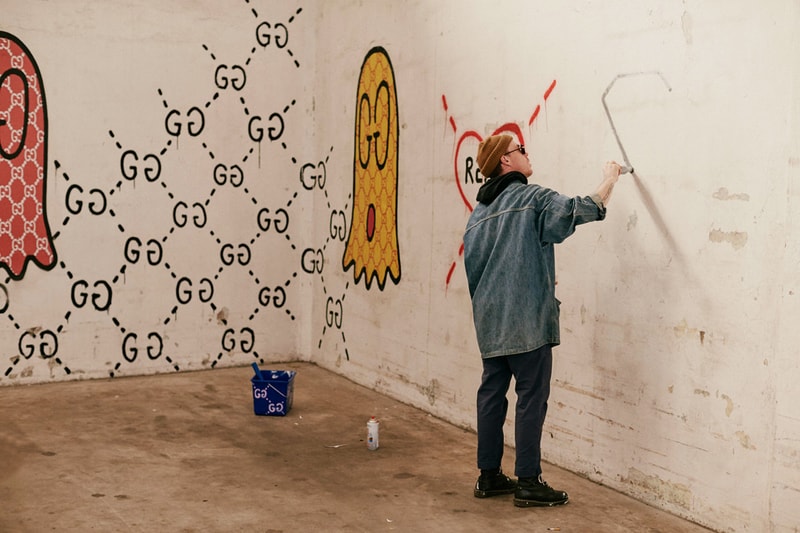 United by a desire to blend high and low fashion culture, Trouble and Drew Toonz have teamed up to create new works that comment on the world through a comical perspective. The exhibition will include a co-authored full-length comic book "No Work City" which features the adventures of Emo Cat and Trouble Andrew. The characters must battle different situations in a whimsical and intricately detailed world inspired by Trouble and Drew’s own toys and vintage comics.

Trevor Andrew’s ‘Life is Scary Sometimes’ painting depicts a shocked ‘Casper the Friendly Ghost,’ in a recognizable GucciGhost print, who has just realized that the egg he is cooking has turned into a UFO and is taking off out of his frying pan. The six-colored screenprint will be available to purchase at HVW8 on opening night and on the gallery’s online shop starting August 31 at 1 p.m. EST.

"Comics & Nonsense" will be open to the public from August 30 to September 1.

My new screen prints arrived in a pizza box. Who wants one? Avail Friday at @hvw8gallery . Only 50 avail on site & 50 online. Dm @hvw8gallery for online purchasing & pre sales.