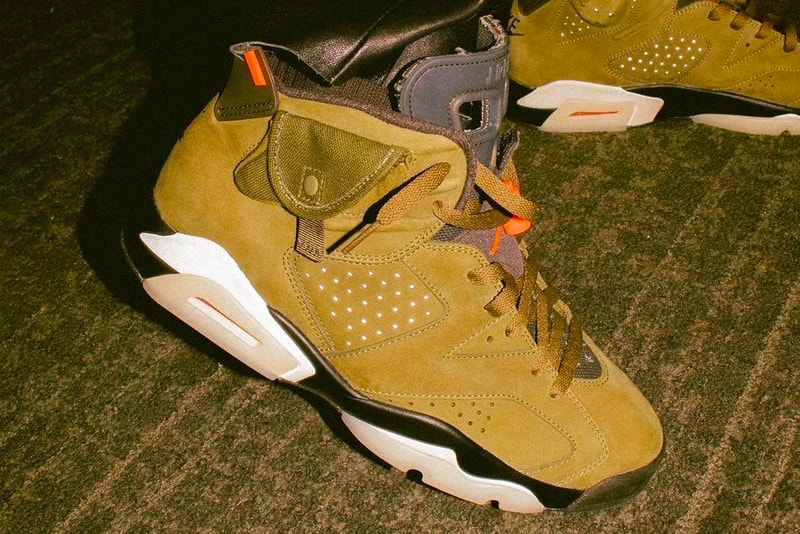 After weeks of controversy, Travis Scott, Maroon 5 and Big Boi took to the stage at Super Bowl LIII to put on one of the biggest halftime performances in recent memory. Aside from a memorable introduction from Spongebob Squarepants and Squidward, La Flame’s outfit choice has caught the attention of the sneaker and fashion world. The rapper was spotted wearing a never before seen Air Jordan 6 "Cactus Jack" colorway and a Louis Vuitton accessory that Virgil Abloh calls a "Louie Belt," most likely referencing Drake‘s line on "Sicko Mode."