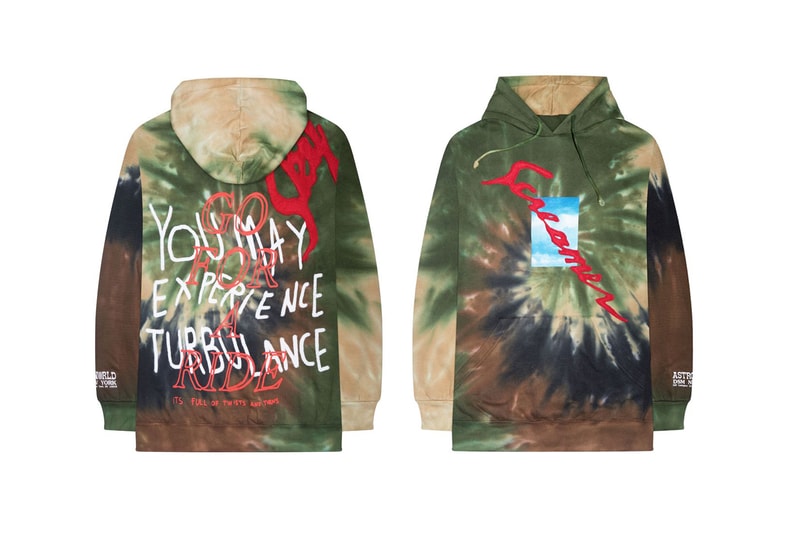 In celebration of Travis Scott‘s third sold-out Madison Square Garden date, a part of his successful Astroworld tour, the rapper unveils a series of pop-up events filled with limited-edition merch. These events serve as a follow-up to his merch drop at Dover Street Market Los Angeles. This release however will take place at different NYC locations.

Scott’s Dover Street Market New York pieces which were first made available via a raffle will be available for the entire weekend alongside a special installation. This will be followed by exclusive apparel shops at The Hulu Theater at Madison Square Garden and Barclay Center’s Featured on Flatbush. The Hulu Theater collection will be the only location to get Scott’s collaboration with The New York Knicks.

The rapper’s new merch features similar elements of his previous Astroworld tour drops. The latest pieces arrive in the form of T-shirts and sweaters in earth-inspired tones paired with DSMNY branding in addition to "STARGAZING" emblazoned throughout. We also spot star drawings and hits of bright colors on a few garments. The range is also marked by a trucker cap in black.

Dover Street Market New York is set to host Scott’s installation until March 3. The Hulu Theater will stock the exclusive range on March 2, while Featured on Flatbush will host its own drop from March 2 – 3. Take a closer look at the DSMNY installation below.