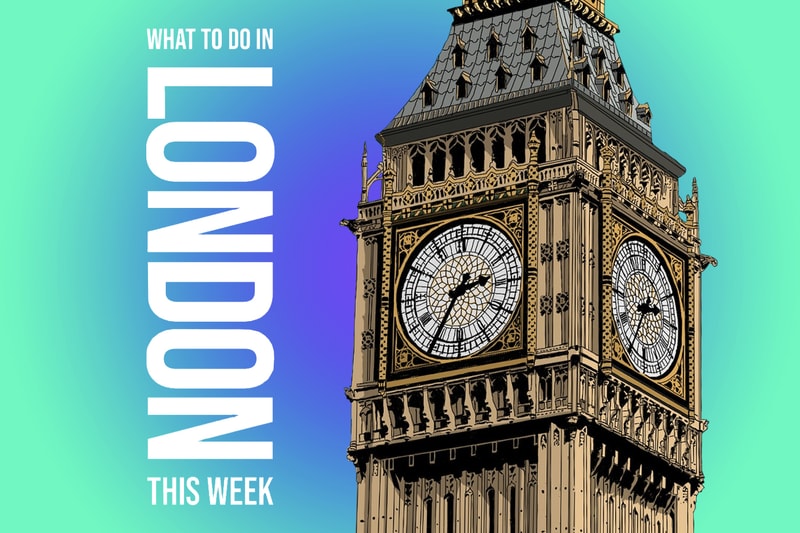 At a loose end for happenings in the UK for the next week? HYPEBEAST has plenty of options for you. There’s more than enough happening this week, the concerts this time lead with Dave and Devlin for the bank holiday weekend.

There’s also more than enough restaurants and exhibitions to visit while you’re in the city. So without further ado, here’s a list of happenings on the weekend of April 18 and beyond. Dave continues his UK tour, this time landing in Sheffield to perform his hit album, Psychodrama. It’s been a busy time for the musician who will be seen acting alongside Ashley Walters in Top Boy this autumn. GZA is another returning name, continuing his European tour. This time taking residence at the O2 Shepherd’s Bush Empire, you can expect a medley of GZA hits alongside Wu-Tang classics. Meanwhile Devlin takes his tour to London, landing at The Garage. Expect the MC to perform hits from his latest album. Nobu has joined forces with Suntory for a special set of cocktails, including the likes of Gin & Sonic, a blend of Roku Gin, Sonic Water, fresh ginger as well as Minto, a mix of Toki Blend Japanese Whisky, White Crème de Menthe Liqueur and After Eight. A rare journey outside London for this column, this time focusing on Farmyard, a sustainable restaurant and natural wine bar in Hastings. You’ll also be able to refill empty cartons and bottles with biodynamic bottles. Rita’s has a space in Coals Drops Yard, the new shopping space in Kings Cross. The famed restaurant has a slightly more high-end menu than its predecessor but is just as delicious, with sandwiches available for takeaway. Sylvie Fleury’s newest show is called Hypnotic Poison and is hosted at Galerie Thaddaeus Ropac London. The name comes from Christian Dior’s famous fragrance, showcasing her latest works. Fleury spoke about the inspiration for the show, “I’ve always wanted to transform reality, to transform everyday objects. That’s perhaps why I am interested in fashion. Fashion trends reflect our time, but also produce codes that I’ve always wanted to appropriate and play with.”

Gillian Ayres: Song Beneath The Stars Song Beneath The Stars pays homage to Gillian Ayres career and coincides with the anniversary of her unfortunate passing. The retrospective spans 50 years and looks at the artists passion for printmaking.