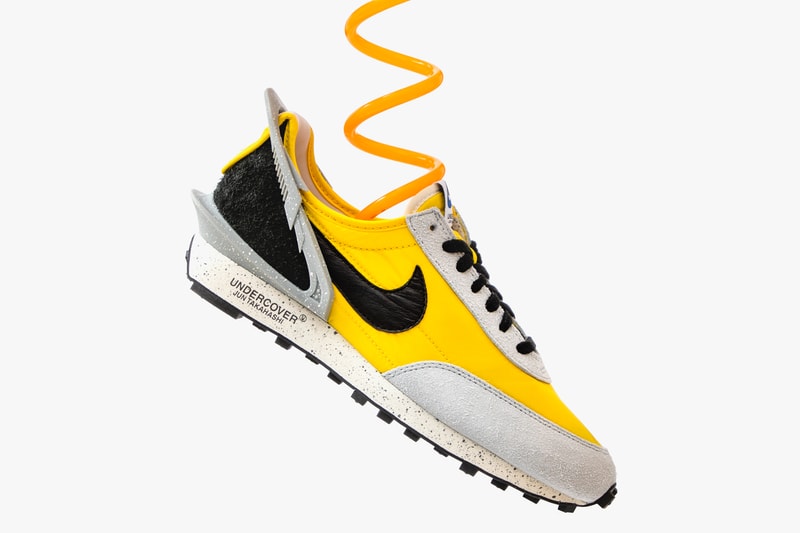 After an eventful week filled with collaborative drops, it appears things are going to cool down a bit with regards to this week’s sneaker releases. That hasn’t stopped the footwear industry from swirling with news however.

The biggest headline of last week goes to NBA rookie sensation Zion Williamson, who signed a 7-year deal with Jordan Brand valued at $75 million USD. If the details are correct, Williamson’s deal becomes the second largest contract ever signed by a rookie athlete, followed by LeBron James’s $90 million USD, 7-year deal in 2003. Nike also revealed its latest cushioning system, dubbed "Joyride," which was then met with a lot of backlash from the environmentally conscious for its use of TPE beads in the underfoot.

In terms of first looks, pro-skater Eric Koston stepped out in a pair of Nike SB x Air Jordan 1 Lows dressed in the same colors of Michael Jordan’s alma mater. We were also given a first look at OFFSPRING and Converse’s upcoming Chuck 70 pack along with images of a white-colored sacai x Nike Blazer Mid and Vivienne Westwood’s ASICS GEL-Saga.

Now with a new week ahead of us, we present the latest installment of our weekly footwear drops list, showcasing what’s to come from your favorite footwear brands. Take a look at the list below and let us know what releases you’re looking forward to. Release Date: Available now
Release Price: $85 USD
Where to Buy: Select adidas Skateboarding retailers and the BEYOND THE STREETS gift shop in Brooklyn
Why You Should Cop: These limited-edition adidas Americanas celebrate the 30th anniversary of Beastie Boy‘s 1989 studio album Paul’s Boutique. Combining both the “Golden Era of ‘90s skateboarding” with “classic adidas sport heritage,” these celebratory skate shoes can live one your mantel or on your feet, depending on your love and appreciation for the iconic band. Additionally, artist Eric Haze created a “Beastie Boys” graffiti tag logo for the kicks, which can be seen on the tongue tabs and insoles. Release Date: Available now
Release Price: £85 GBP (approx. $106 USD)
Where to Buy: size? retailers and online
Why You Should Cop: adidas Originals has once again teamed-up with UK retailer size? on a limited-edition pair of Marathon TR runners. The archival silhouette has been updated with a modern colorway whilst retaining its signature traction-packed rubber gum sole. Fans who enjoy vintage models while still keeping on top of today’s trends will want to pick up a pair. Release Date: Available now
Release Price: $140 USD
Where to Buy: Select Converse retailers and converse.com
Why You Should Cop: Converse’s All Star Pro BB receives two makeovers for the remainder of the summer months, each embellished with "Hyperbright" accents. The first option is a fresh white colorway, while the black iteration gives off a sleek murdered-out vibe. Both will liven up your court attire. Release Date: August 1 at 7 a.m. EST
Release Price: $190 USD
Where to Buy: Nike’s SNKRS app
Why You Should Cop: Originally debuted in 2004, Jordan Brand brings back the classic “Cool Grey” colorway of its Air Jordan 4 silhouette. 15-years in the making, you might not want to sleep on these. Release Date: August 1
Release Price: $100 USD
Where to Buy: Select adidas Basketball retailers adidas.com
Why You Should Cop: Having already released in a "Spider-Man" outfit, Donovan Mitchell’s first signature sneaker now takes on a stealthier appearance. Perfect for fans of both the basketball star and the Marvel comic superhero, but without being too in-your-face about it. Release Date: August 1 at 10 a.m. EST
Release Price: $160 USD
Where to Buy: Nike’s SNKRS app: "Bright Citron," “Obsidian” or “University Red”
Why You Should Cop: These will mark some of the final colorways of the UNDERCOVER x Nike Daybreak sneakers to be released this summer. Dressed in "Bright Citron," “Obsidian” and “University Red," these are a definite must-have for your summer rotation. Make sure you collect them all before it’s too late. Release Date: August 2
Release Price: $120 USD
Where to Buy: Select Nike retailers and nike.com
Why You Should Cop: For fans of Eddie Murphy’s Coming to America, Giannis Antetokounmpo‘s latest signature Nike Zoom Freak 1 silhouette is inspired by the cult-classic flick. To coincide with the sneaker release, a matching apparel collection comprised of a jacket, tee, shorts and cap will also be made available so you can perfect that head-to-toe look. Release Date: August 2
Release Price: $100 USD for the Highs and $95 USD for the Lows
Where to Buy: Select Converse retailers
Why You Should Cop: The collection features two of Converse‘s classic silhouettes: the Chuck 70 High and Low. Both remixed by Chinatown Market’s Michael Cherman, each iteration features UV-sensitive canvas and color-blocked panels. These special edition Converse kicks will be sure to resonate with fans of both brands.