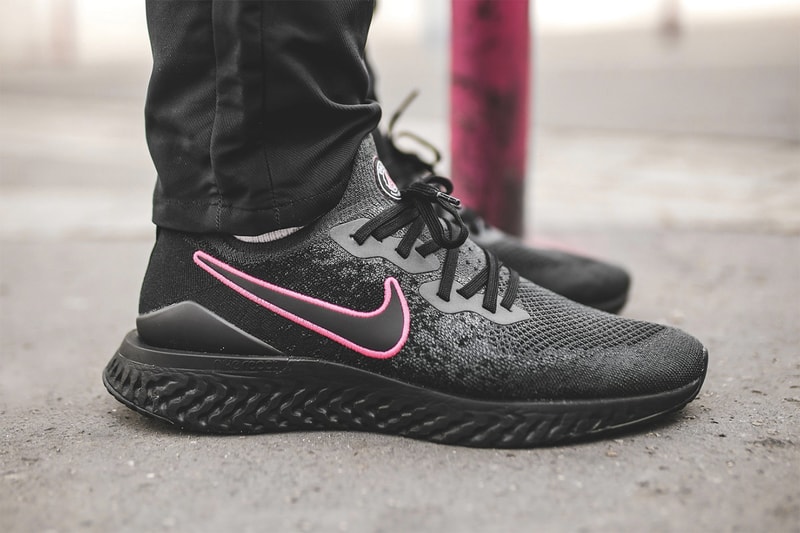 Having received an exclusive look at the Paris Saint-Germain x Nike Epic React Flyknit 2 late last month, the pair has now made a surprise drop over at PSG’s official site.

The stealthy pair of Epic React Flyknit 2 sees almost the entirety of the model dressed in fan favorite black, from its Flyknit upper to its Foam React sole, while an eye-catching pink, paying homage to the team’s 2015/16 Champions League kit, outlines both the lateral and medial Swooshes.

Along with the black pair, a never-before-seen blue iteration has also been added to the online release. Unlike the mostly monotoned black iteration, the blue pair keeps to the club’s classic colors of red, white and blue. The Swoosh takes on a gradient look, going from red to blue, while red and white tabs have been added to the heels and the Club crest can be found on the tongues. Finally a white midsole adds a contrasting look.

Head over to PSG’s official site now to cop both pairs which are going for €150 EUR (approximately $196 USD).