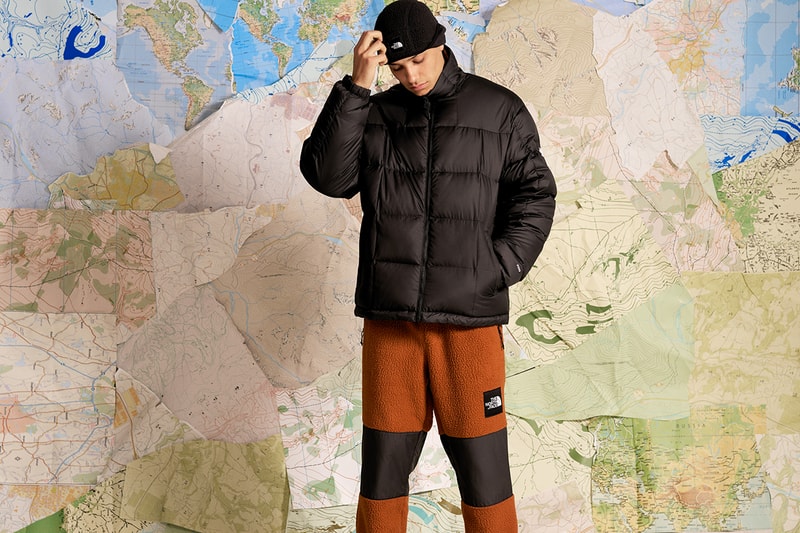 The North Face has unveiled its latest UK-exclusive capsule collection dubbed "Back to Trail." The capsule is comprised of Denali jackets, the Denali fleece pant and ear band, the Mountain Q Jacket, Hot Shot bag and Trail Escape Edge shoe, which are each treated to two ’90s-inspired colorways.

TNF are also reintroducing one of its classic jackets, the Lhotse. The jacket was worn by some of the most notable explorers in the 1990s, a fitting garment as it takes its name from the fourth highest peak in the world derived from the Tibetan word which translates to "South Peak." It was first designed under The North Face Expedition System, and now it sits alongside a collection that spotlights other iconic TNF designs such as the much-loved Denali fleece. The capsule takes inspiration from ’90s footwear and elevates all of its pieces to bring them into the 21st century, featuring technical aesthetics seen on the Trail Escape Edge sneaker and the introduction of the "Melting Domes" print.

"Back to Trail" provides a head-to-toe look with standout pieces such as the pink and blue Denali two-piece, which can be put together with the matching pair of Trail Escape Edge sneakers. Check out the lookbook above and take a closer look at some of the best pieces dropping on August 15 at select TNF stores and online in the gallery below.

In case you missed it, here is the Supreme FW19 lookbook.

Taken from the nineties to take on 2019. Hit the shoppable links for more on our bright, bold and retro Back To Trail streetwear collection. #NeverStopExploring