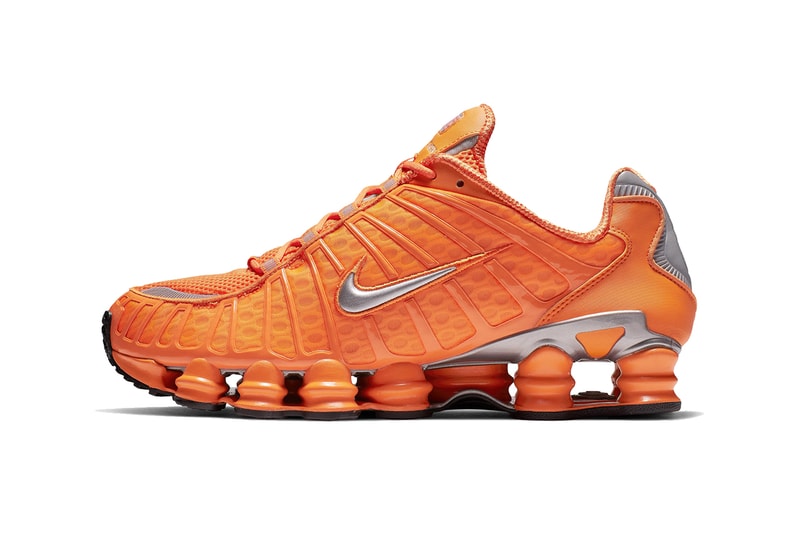 Popular in the early 2000s, the sneaker showcases Nike’s once-innovative Shox Technology, a mechanical cushioning system that was first conceived way back in 1984. Along each upper you’ll find a breathable base-layer that’s complemented by a webbed overlay, akin to the Air Max Plus and the modern Air VaporMax Plus. Here, the model’s first general rerelease will see "Total Orange" and "Triple Black" color schemes, where the former features silver detailing throughout, while the latter’s tonal makeup is met with a polished finish.

The Nike Shox TL in "Total Orange" and "Triple Black" will both release on March 21 at select Nike Sportswear stores and Nike.com.

In other Swoosh news, check out Nike’s "Earth Day Pack" with illustrations by Steven Harrington.