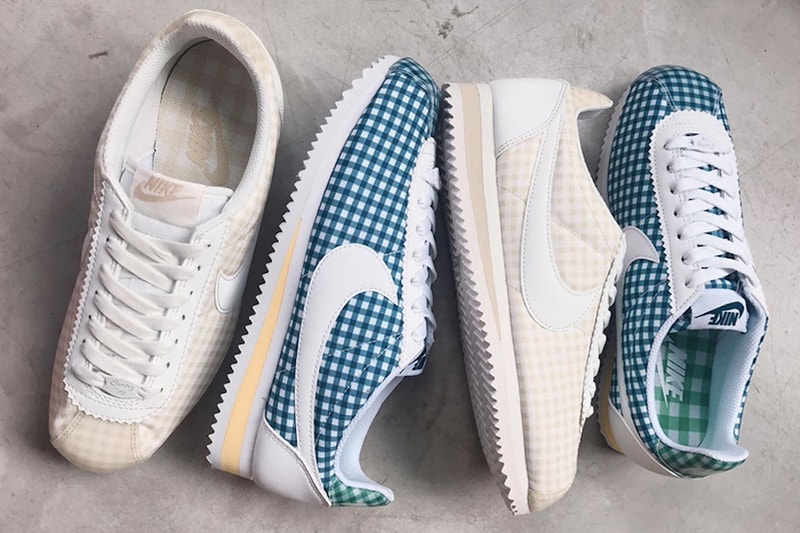 Following the reveal of Nike‘s summer-ready Air Force 1 in a bold gingham print, the Swoosh has now given the classic Nike Cortez the same treatment. This time around, the sneaker arrives with a printed upper sporting the print, accompanied by a white Swoosh ad the lateral as well as white laces and midsole.

Just like the AF1 iteration, the Cortez comes in two colorways. The muted beige design is timeless yet eye-catching, and is perfect for day-to-day wear. In addition, the shoe also sees a more colorful take with an upper in navy blue, heel in green as well as a yellow accent across the midsole.

As of now, there’s yet no official information as to when the Nike Cortez "Gingham" pack is releasing, but it will be available at retailers like Fruition sometime within the coming weeks.