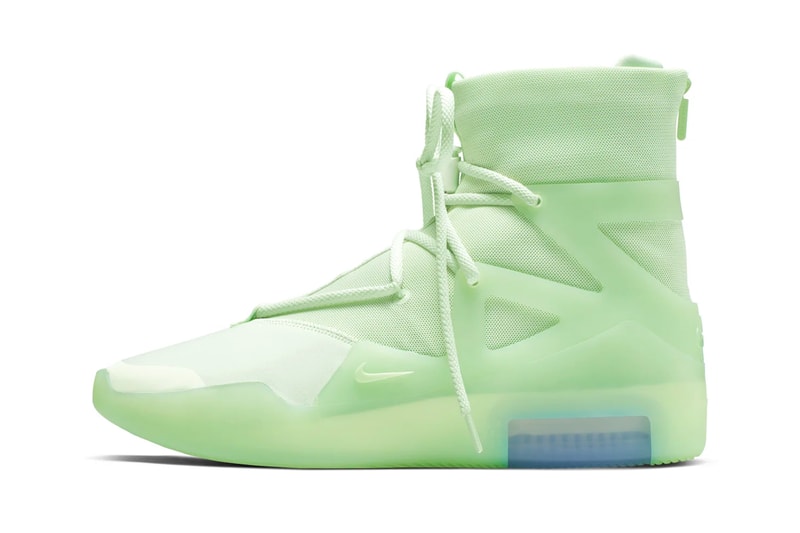 After initially denying the rumors, it’s been confirmed that Jerry Lorenzo’s Nike Air Fear of God 1 will be releasing in two new iterations. The sought-after silhouette will come dressed in a high-vis "Orange Pulse" and cool green "Frosted Spruce." Its new construction of a breathable mesh upper will replace its predecessor’s ballistic nylon and suede make but will feature all the eye-catching details, including the tonal TPU cage overlay and lacing, a zip closure by the heel, a double-stacked Zoom Air sole unit and a pop of icy blue on the window.

The Nike Air Fear of God 1 "Orange Pulse" and "Frosted Spruce" will both drop June 1 on Nike SNKRS and at select retailers for $350 USD.

In case you missed it, two colorways of the adidas YEEZY BOOST 700 V2 are also expected to drop in June.