Lately it seems private clubs in L.A. are proliferating like Bird scooters. No matter who or where you are, there’s a club for you—as long as you’re willing to pony up plus or minus two grand a year for the privilege.

Back in 2010, the Soho House on Sunset was the first outpost of the London-based chain to arrive in L.A., followed by its Malibu Little Beach House in 2016. The brand continues to expand with a forthcoming Arts District incarnation, set to open in August, intended to skews younger and cooler–but not less expensive. Membership for one club is still $2,160 (if you’re accepted, of course). For all clubs, it’s $3,300 annually. If you’re under 27, it’s $1,080 for local, $1,658 for all. 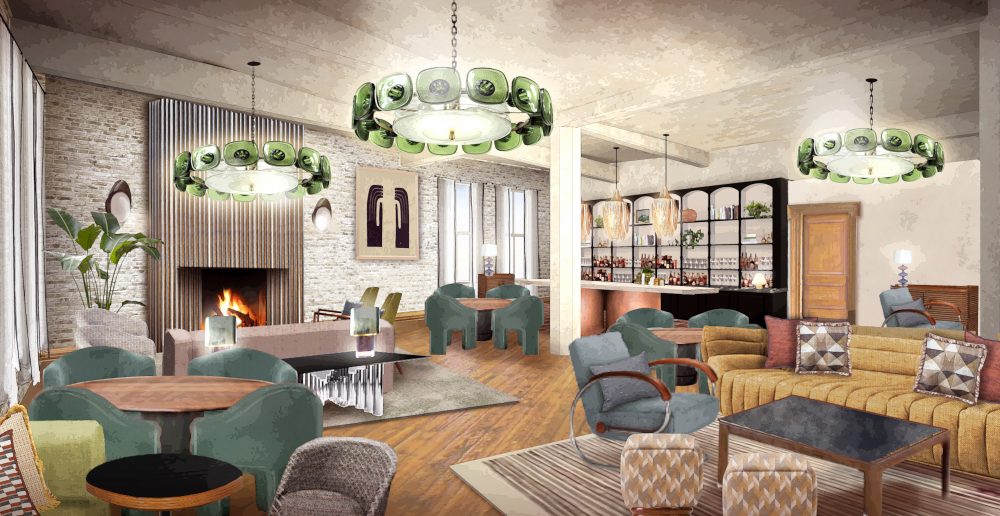 Designed by Soho House & Co.’s in-house design team, the new Soho Warehouse in downtown Los Angeles has a number of flourishes the storied club’s glamorous West Coast outposts in West Hollywood and Malibu lack. But the most obvious is edge. That’s not a word often associated with the Brit-founded private club and its well-heeled members.

Occupying a 1916 building that was once home to a metal and plumbing supply company and, more recently, rehearsal studios used by musicians, Soho Warehouse’s design mines the building’s history: decor from the late teens and early ‘20s, mixed with fixtures and furnishings from the ‘70s, when artists first migrated to the neighborhood. It occupies a stretch of the Arts District in the throes of rapid development. Warner Music just moved in on Santa Fe Avenue, and Bestia and Stumptown Coffee are down the street.

The view from Warehouse’s indoor-outdoor rooftop bar and pool area on the seventh floor—decorated in warm, citrusy hues of orange, yellow, and white, and centered around an 18-by-6-foot acrylic canvas mural by L.A.-based artist Paul Davies—includes freeway gridlock and downtown’s high rises. But the contrast is part of the charm, according to Soho House U.S. design director Candace Campos. She gestures to the Warehouse’s urban olive grove, 11 trees planted in a ground-floor cobblestone patio. “No one has a garden in this neighborhood,” she says. 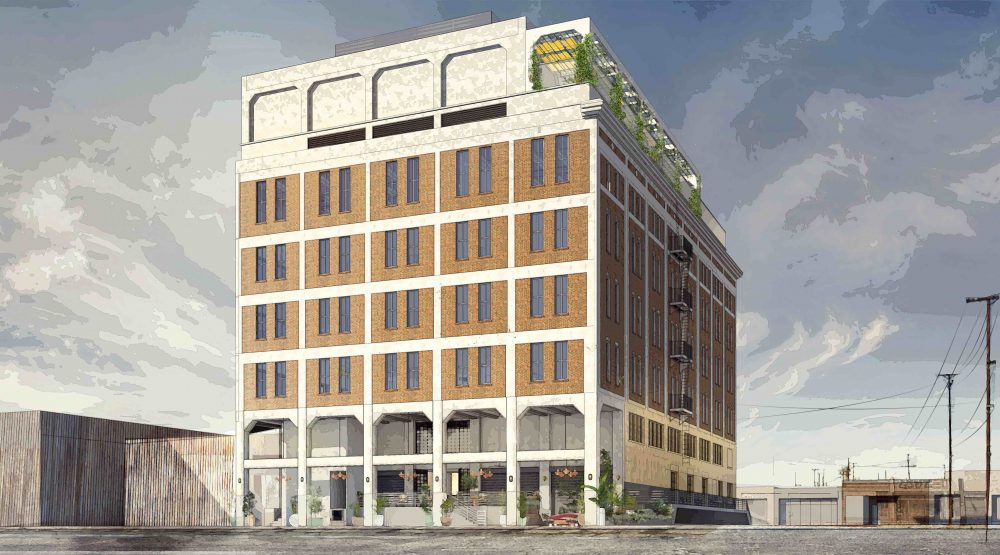 The massive 110,000-square-foot space boasts an eye-popping list of amenities: 48 hotel rooms, including three party-sized suites, all with open ceilings, exposed pipes, and other industrial touches; a two-story gym with steam and sauna rooms; the pool; and the heart of the action, a sixth floor common space with a spacious restaurant, crystal chandeliers, lounge, banquettes, open kitchen, and 40-foot-long stone mosaic bar.

The sixth floor’s exposed brick walls are splish-splashed with graffiti, created not by some commissioned “street artist,” but by people who snuck into the building during construction. Soho founder Nick Jones wound up falling in love with the unexpected art and kept it—though some will be obscured by artwork culled from various DTLA galleries and artists.

Despite its egalitarian pretense, the place is not exactly democratic. An anonymous membership committee will yay or nay the new applicants based on Soho’s overall prerequisite: possession of “a creative soul.” But that means different things in different ‘hoods, doesn’t it? Warehouse hopes to draw from downtown’s denizens, including fashion, art, music, tech, and design influencers—but don’t expect as many Hollywood types here. Unlike some of the Warehouse’s sister properties, there won’t be any film premieres. There isn’t even a screening room. Instead they hope to stage cultural events like interactive workshops, live music, and art talks. Non-creative souls need not apply.

RELATED: Here’s a First Look at h.Club, the Private Social Club Coming to Hollywood and Vine