One of L.A.’s most theatrical restaurants, the Bazaar by José Andrés at the SLS Hotel Beverly Hills, is set to open an elaborate new concept, Bazaar Flight at Gate Bar Centro. The bar will offer only one thing: a 12-course tasting menu of over-the-top cocktails, paired with small tapas snacks.

Like barmini, an Andrés cocktail bar concept in Washington D.C., Bazaar Flight at Gate Bar Centro, will be a permanent fixture with dedicated bar “captains” mixing up eye-catching creations. 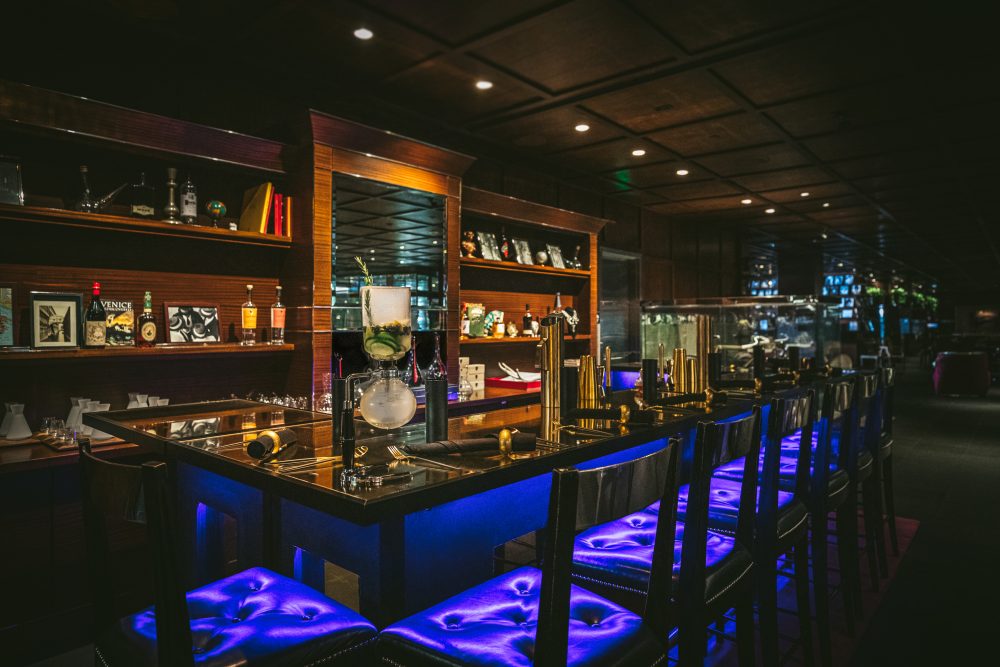 “We launched the original version of Bazaar Flight last summer,” general manager Ricardo Gomez says. “Whenever someone ordered the original flights, everyone else at the bar would stop and ask what was going on, but we could only do so many at one time and still execute it well, especially on a night when the bar was busy. We knew that if we wanted to execute it well and take it to the next level, we needed to create a bar that was specific just for this.”

The Bazaar Flight menu will change entirely every season. For the debut, they’ve taken the “flight” concept to heart with a travel-themed tasting experience. Each drink is inspired by a different country, and your captain will stamp a custom-printed “passport” for each round completed. Gomez’s team worked to create recipes that both taste delicious and give the guest a little bit of insight into the place behind each drink. 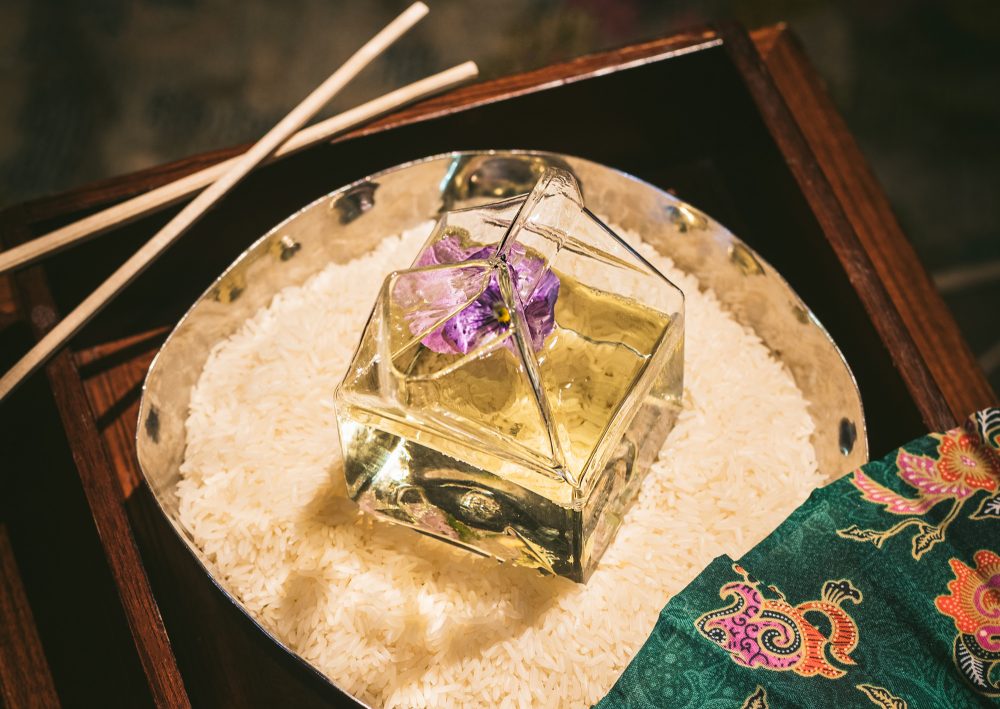 “We would research not only cocktails but also drinking customs, the local spirits, the cuisine. Then we would experiment,” he says. “It was a lot of [research and development]. We spent months developing the cocktails, matching flavors and trying to reinterpret things in a way that is uniquely ours. We played around with different techniques. We even got our kitchen team involved, helping us extract flavors, and figuring out how to best clarify rice milk for the Kyoto Punch.”

Koreatown’s Walker Inn, which launched a similar cocktail tasting menu concept in 2015, struggled, first dropping the omakase format in favor of a more casual a la carte menu–then eventually shuttering altogether. Mon-Li, Matthew Biancaniello’s ambitious cocktail concept at Calamigos Beach Club in Malibu, was damaged by fire in 2018 and still has yet to announce any reopening plans, casting doubt on a future for the project. 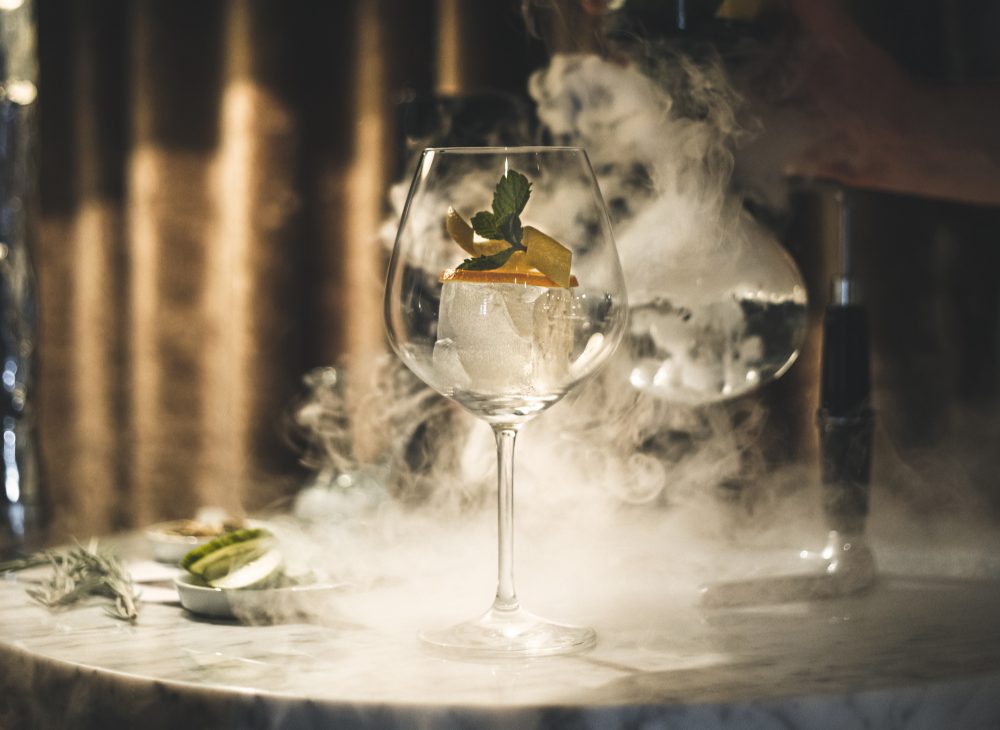 Gomez and his team aren’t deterred by the fates of those operations. For one, the Gate Bar Centro area isn’t a closed-off, speakeasy-style room. The bar is visible to Bazaar’s main area, which, they hope, will act like a form of advertising in itself.

“Because it’s not something hidden, people automatically get curious the moment they see the smoke clouds, the fun presentation, the different glassware. Just by having the bar installed, people come and ask. They see the décor, they see the beautiful design, all of the barware, and they want know more,” Gomez says.

He also touts that the menus are set to change every three months, hopefully inspiring repeat visits, and a loyal audience that has been supporting the Bazaar and its sister restaurant Somni, also located at the SLS, for years.

“The Bazaar has always been a place filled with magical experiences,” Gomez says. “And this is our latest wonderland creation.” 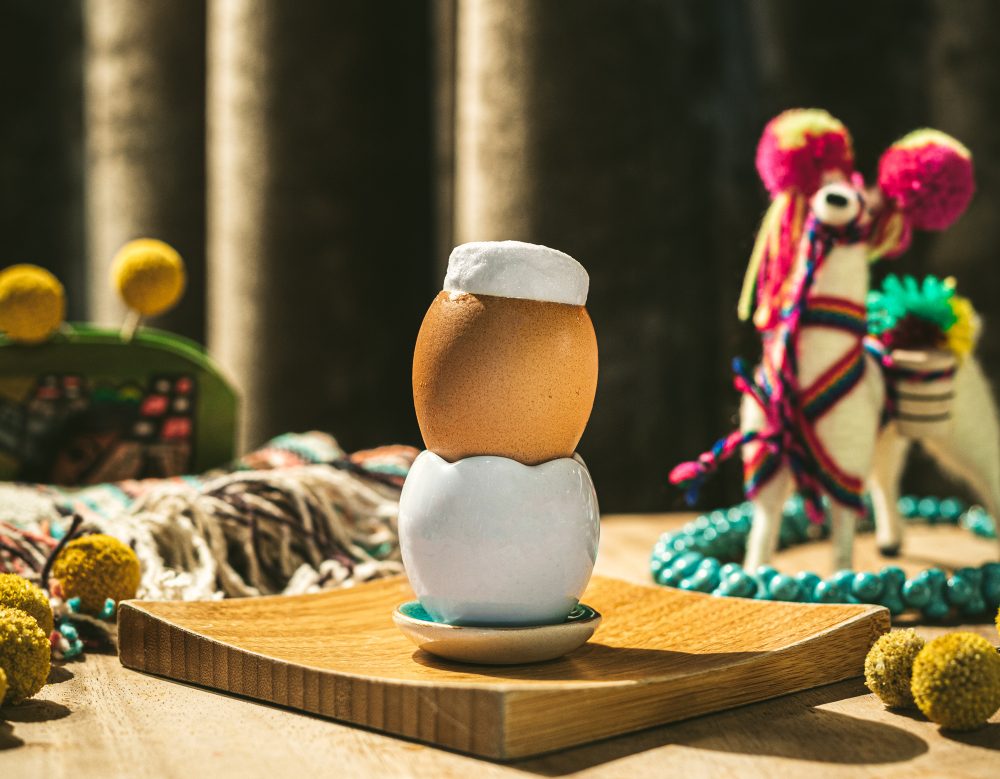 RELATED: A Meal at José Andrés’ Somni Is Nothing Short of Mind-Altering

The post The Luxe New Bar at Bazaar by José Andrés Wants to Take You on a Cocktail Adventure appeared first on Los Angeles Magazine.