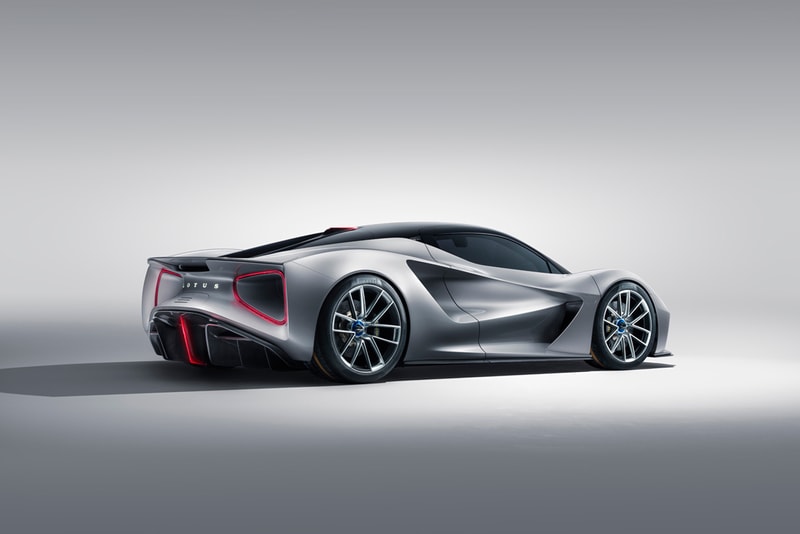 We can finally stop calling Lotus‘s secret hypercar the "Type 130," as the British automotive company’s new flagship has just been unveiled — the Lotus Evija. In keeping with Lotus’ love for names that start with the letter "E" — think Europa, Elise, Evora, Esprit and Exos — this hypercar sees a familiar shape that can be seen in Lotus’ design DNA, but replaces a mid combustion engine with four electric motors.

This is a surprising release as Lotus have skipped the supercar category and jumped straight into the realm of hypercars; this beast puts down 2,000 PS and weighs just 1,680kg. CEO of Lotus, Phil Popham, comments: "The Lotus Evija is a car like no other. It will re-establish our brand in the hearts and minds of sports car fans and on the global automotive stage. It will also pave the way for further visionary models.”

Releasing in only 130 examples, the Lotus Evija features an ultra-lightweight carbon fibre monocoque, a full-charge time of 9 minutes, has a driving range of up to 250 miles, and a plethora of carbon fiber bits. Priced at around £1.7 million GBP (approximately $2.1 million USD) each Evija is hand-built at Lotus’ home in Hethel, UK. Stay tuned for upcoming test drives and reviews as its 2020 release draws near.

In other automotive news, this ABT Sportsline-tuned Audi RS3 has 470 BHP & does 177 MPH.