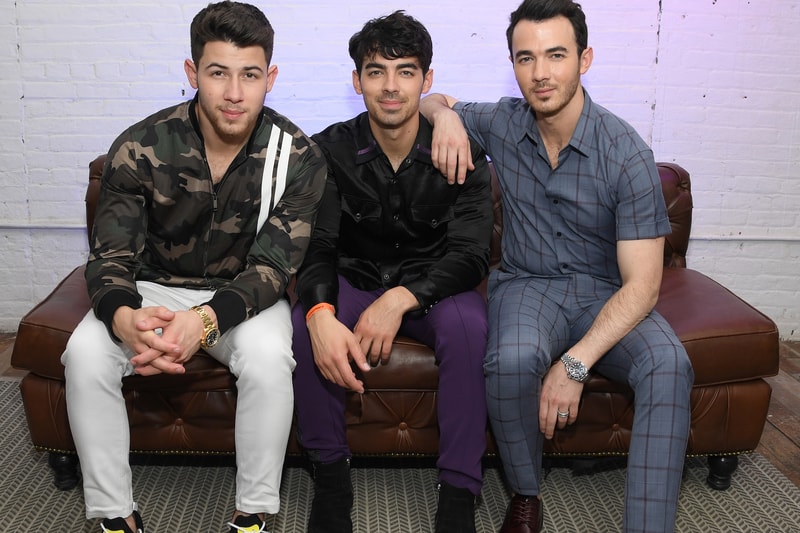 Following the release of their two singles "Cool" and "Sucker" earlier this year, Joe, Kevin and Nick Jonas have finally reunited as the Jonas Brothers to release their first album in 10 years. The band split up in 2009 and Nick Jonas went on to pursue his solo career and Joe Jonas started his own band DNCE, and the group had since not released music together until this year.

Now, the brothers have teamed up to release their new album Happiness Begins which features a total of 14 tracks. The Jonas Brother will also be kicking off their U.S. tour on June 16, and the Happiness Begins Tour will later hit Europe starting at London‘s O2 Arena on February 2. In addition the band is also covering Harper’s Bazaar‘s first men’s digital cover, in which they open up about the JoBro resurrection, touring, their relationships as well as making new music together.

Listen to Happiness Begins below, and take a look at the Jonas Brothers on the cover of Harper’s Bazaar.

Introducing…the Jonas Brothers: All Grown Up and Sexier Than Ever. For a special men’s digital cover, the trio opens up to BAZAAR.com about the resurrection no one saw coming. Click the link in the bio to read the full story. Photographer: @ericraydavidson Profile: #JasonGay Fashion Director: @kerrypieri Stylist: @avoyermagyan Groomer: @mnmachado Bookings: @whatisnojan Executive director: @joyann_king

"It’s surreal, being able to do this again." – @kevinjonas says. The @jonasbrothers open up about new music, their wives, and why this time in the spotlight is different for BAZAAR.com’s latest digital cover story. Click the link in bio for the full feature. Photographer: @ericraydavidson Fashion Director: @kerrypieri Stylist: @avoyermagyan Groomer: @mnmachado Bookings: @whatisnojan Executive director: @joyann_king

#GameofThrones is over and the Jonas Brothers are feeling the loss. @JoeJonas can’t keep it together, @KevinJonas can’t stop quoting the show, and @NickJonas is trying to hold it together for everyone. Directed by @mr_dume Story by @nickjonas Cinematographer: @dwyski Produced by @kathryn__rice Written by: @anthonydimieri Editor and colorist: @ericaharperdillman Motion designer: @hahahahahayeon Audio mix: @lee_m