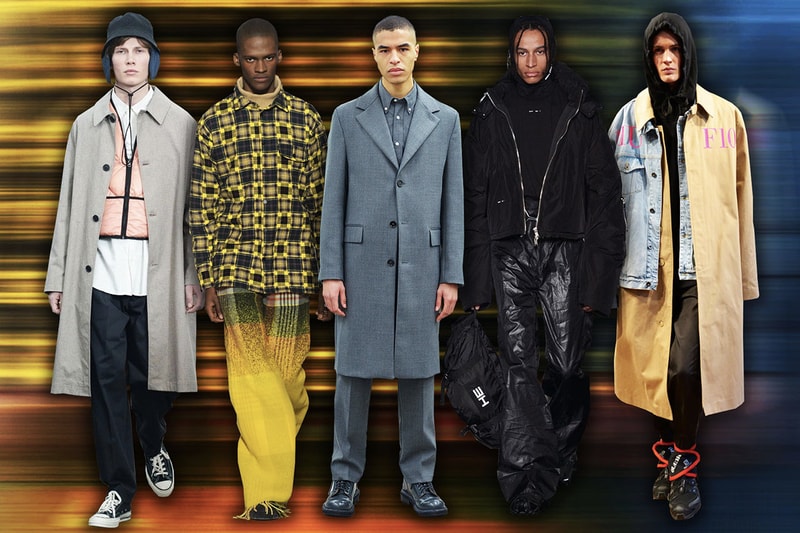 Rather than being the biggest event during fashion month, Copenhagen Fashion Week has emerged as an important platform for emerging designers. Without the big names of Paris and London — and with some Denmark’s most recognizable labels showing elsewhere — Copenhagen instead put the next generation of labels front and centre. Brands including Sunflower and mfpen both showed for the first time, while up-and-comer HELIOT EMIL continued to hone its craft in its home city.

For this season, Copenhagen Fashion Week also used its status to champion sustainability. The week began with a speech from chief executive Cecilie Thorsmark, in which she outlined how Copenhagen is supporting the cause. Continuing that theme, Soulland hosted a dinner with Michael Møller, Director-General of the United Nations Office at Geneva, who discussed the need for action alongside the label’s creative director Silas Adler. Sustainability was also a reference point for Ganni — arguably the season’s biggest show — which paid tribute to National Geographic and David Attenborough with its “Life On Earth” collection.

These two themes — celebrating emerging designers and the need for sustainability — were the stand-out features of Fall/Winter 2019 Copenhagen Fashion Week. See below for our selection of the best collections that hit the runway this season. Quickly becoming a stand-out name on the Copenhagen Fashion Week schedule, HELIOT EMIL presented a utilitarian collection for Fall/Winter 2019. The label — headed by brothers Victor and Julius Juul — continued to evolve for this season, with a particular focus on experimental fabrics and textiles. As well as the militaristic collection, the utility theme was heavily referenced through industrial-style buckles, extra straps and carabiners used for fastenings. Showing in Copenhagen for the first time, emerging label Sunflower unveiled a stripped back collection of menswear staples. The brand describes itself as wanted to breakaway from the trend-based industry, instead focusing on classic pieces that can be revisited season after season. The Fall/Winter 2019 collection — Sunflower’s second — included wool coats, relaxed tailoring and embroidered denim, while the fashion week show featured a collaboration with composer August Rosenbaum. One of the few non-Danish labels on the schedule, this season saw Holzweiler continue to develop its ready-to-wear offering. The Norwegian brand showed a collection of signature Nordic pieces, including key focuses on statement knitwear and bright plaid patterns. Accessories in the collection included oversized luggage and scarves — the first piece Holzweiler launched — both of which continued the collection’s plaid theme. For Fall/Winter 2019, emerging label mfpen showcased a collection building on its signature stripped-back aesthetic. Taking its name from the Danish word for “morning breeze,” the collection was inspired by the feeling of leaving a nightclub as the sun comes up and others are on their way to work. Referencing the contrast between commuters and clubbers, mfpen mixed everything from distressed knitwear and utilitarian gilets to formal outerwear and shirting. Following on from its statement-making Spring/Summer 2019 show, Danish label MUF10 continued its street-focused aesthetic for Fall/Winter 2019. One of the key pieces in the collection was a half-and-half coat that mixed a classic denim jacket with a trench jacket, while the mix-and-match theme also continued with a women’s wool coat. Influences from previous collections — such as sportswear and issues including identity — were referenced through tracksuits and slogans appearing on pieces.