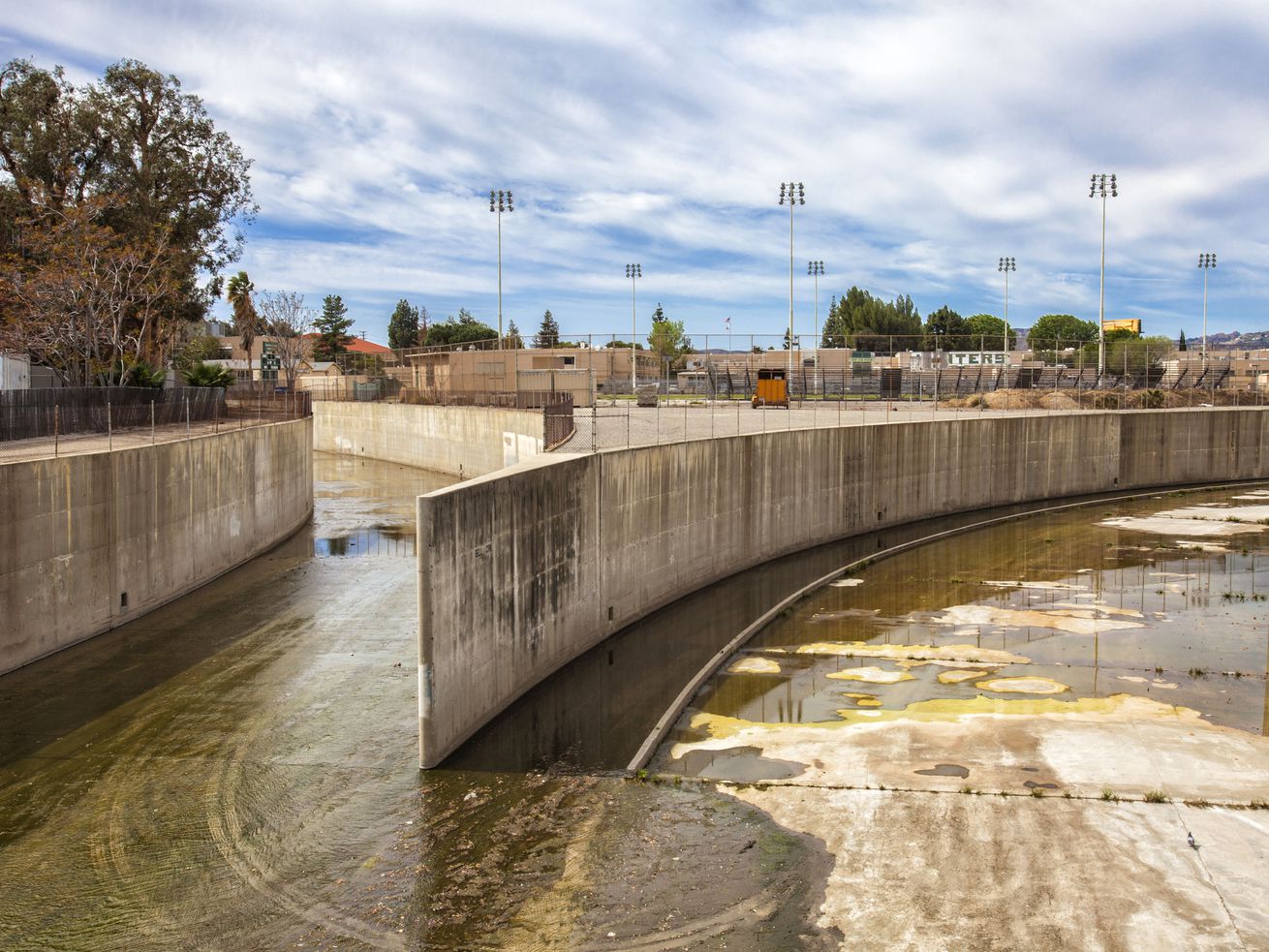 The Los Angeles River in Canoga Park. | Photo by Citizen of the Planet/Education Images/Universal Images Group via Getty Images

Los Angeles City Councilmember Bob Blumenfield wants more eyes on the Los Angeles River to crack down on people living along the waterway.

Last week, he submitted a proposal to the council to allow rangers with the Mountains Recreation and Conservation Authority to take on the job, via a pilot program in his district, which covers portions of the San Fernando Valley.

In his district, Blumenfield says the river is hardly an asset. Instead, there are “significant problem areas,” where “drug use, camping, obstructions of the bike path, hazardous waste, and—in the absence of restroom facilities—unsanitary conditions” prevail, he says in the motion.

Addressing these issues quickly is complicated, due to the multiple agencies that have abutting and overlapping authority over the area around the waterway, Blumenfield says.

“The status quo around how we handle issues along the LA River is broken,” said Blumenfield in a statement from the MRCA announcing his proposal. “I’m tired of the finger pointing around who is responsible for what and the time is now to bring in the MRCA… to help resolve the complex, multi-jurisdictional problems we are facing.”

If the pilot is approved, the MRCA would be responsible for patrolling the river in the third council district, roughly between between Canoga Park and Reseda.

Rangers would “enforce relevant ordinances, ensure safety, assist with maintenance and operations, reduce hazards, offer interpretation and educational resources to the public, provide outreach to unsheltered individuals in the area, and ensure that the river is an amenity for the local community,” the announcement says.

The MRCA is already responsible for watching a lot of urban parkland along the LA River, and Dash Stolarz, director of public affairs for the MRCA says they’re doing a fine job of managing the homeless population there. Given the city’s exploding number of homeless residents, “you would think [that parkland] would be full of homeless people, but it’s not,” she says.

Stolarz says that the rangers—who are both sworn peace officers and are certified in a number of capacities including Emergency Medical Technician training—have “a humane way” of interacting with the homeless and helping them get connected to services. Rangers use a “light touch” to relocate homeless residents, Stolarz says.

But some homeless advocates are skeptical.

“We do not believe police or law enforcement should ever be first responders to homelessness,” Jed Parriott of the Los Angeles chapter of the Democratic Socialists of America and Street Watch LA, an affiliated community watch group that monitors interactions between the police and homeless residents, says in a statement.

“Across Los Angeles, thousands of people have been forced to live outside,” Parriott says. “If the city is going to remove people from the [river] basin, they should be offering them permanent housing.”