Grand Avenue is getting yet another architectural landmark with the Grand, a new building designed by Walt Disney Concert Hall architect Frank Gehry. Eric Garcetti, Eli Broad, and Gehry got together on Monday for an official groundbreaking, celebrating the massive mixed-use complex.

“We are trying to make a place for people not only to live, but also to gather after concerts or performances, and my hope is that it will spawn other growth in the neighborhood,” Gehry said at the groundbreaking. “The project is meant to complement and enhance the Walt Disney Concert Hall, the Colburn, the Broad, and the other buildings that make up the rich and exciting cultural district that is emerging on Grand Avenue.” 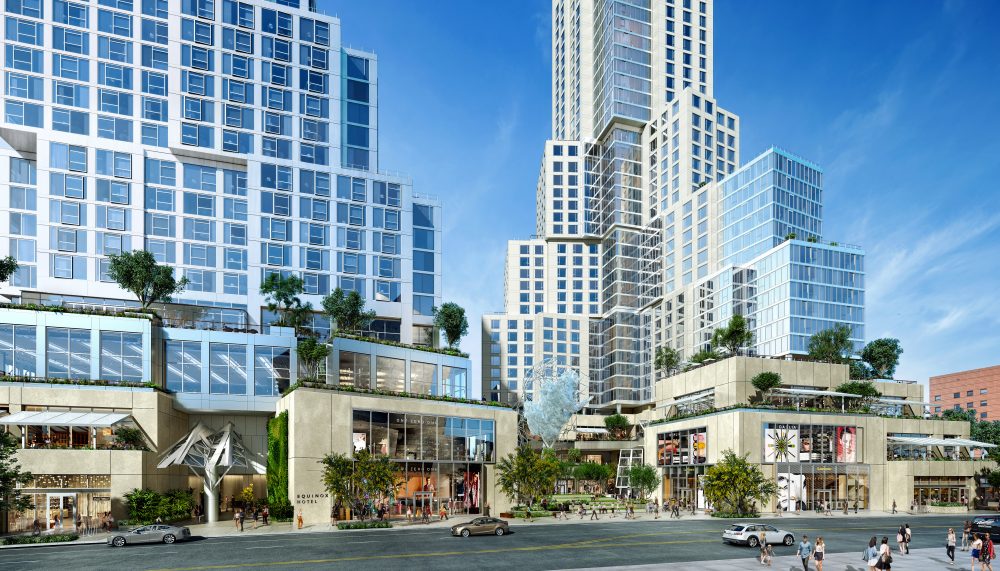 To that end, the Grand features 176,000 square feet of restaurant and retail space, a movie theater, a hotel, large public terraces and plazas, and 400 apartments. Of the residences, 20 percent will be designated as affordable rate units.

One of Gehry’s priorities in designing the structure was to “humanize” the scale of the complex. He opted for a staggered, blocky series of shapes which, he hopes, will appear friendlier to pedestrians walking along Grand Avenue than a traditional skyscraper. Landscaping and green spaces on the ground level should help, too. 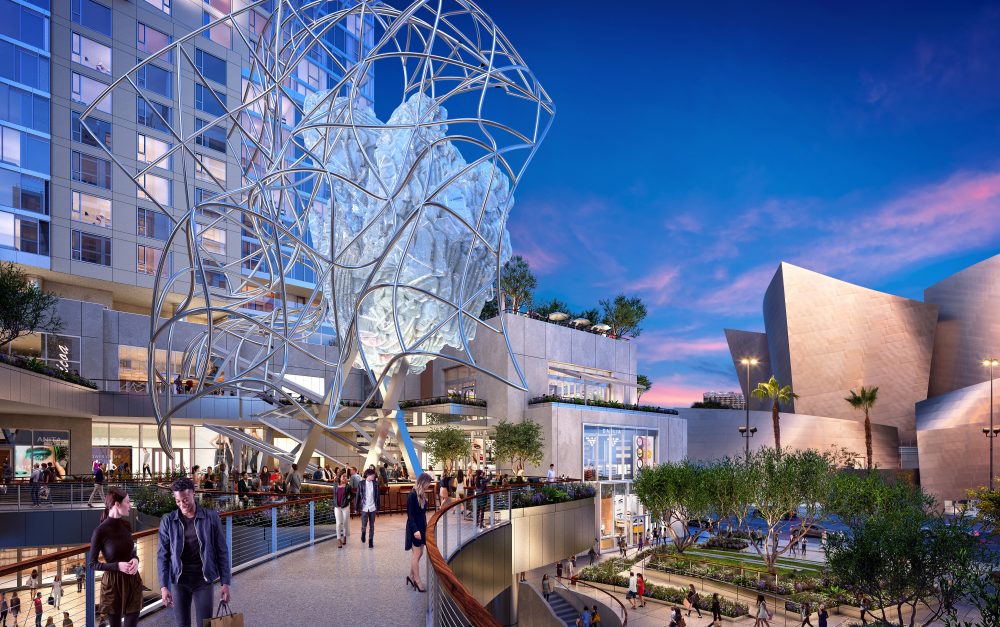 “The Grand is the crown jewel of the Grand Avenue development, which began 40 years ago in 1979 with MOCA, then the Colburn School of Music, followed by the Walt Disney Concert Hall, Cathedral of Our Lady of the Angels, Grand Arts High School and Grand Park–all of which helped Los Angeles become a world class cultural capital,” said philanthropist Eli Broad, who has been instrumental in many of those projects, as well as his own museum, The Broad, which is also nearby. “No four-block stretch in any city has as many examples of world-class architecture as Grand Avenue.”

The developers behind the project are Related Companies and CORE USA. Related has quite a bit of experience creating these large-scale urban structures; the same team has worked on Time Warner Center and Hudson Yards in New York City, and Brent Cross South and Tottenham Hale in London. CORE USA is a joint-venture of China Harbour Engineering Company and CCCG Overseas Real Estate.