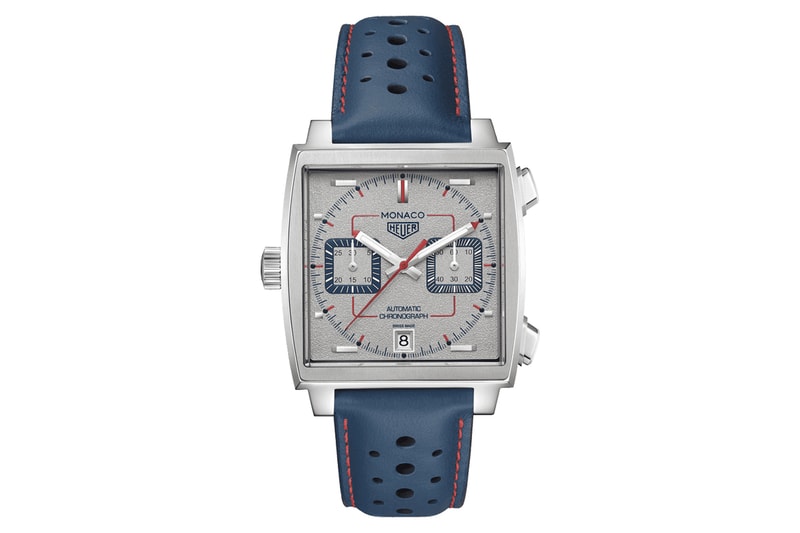 TAG Heuer has just released the third model of its celebratory collection for the 50th anniversary of the iconic Monaco, donned by Steve McQueen himself in Le Mans. After premiering with a ’70s-inspired model and following that with the ’80s-era design, the Swiss luxury watchmakers have naturally continued onto its third release with a watch that celebrates the ’90s.

Paying tribute to the final decade of the 20th century is a Monaco dressed in a 39mm polished stainless steel case, holding its iconic grained and rhodium-finished square dial with blue counters and red accents for detailing under a sapphire crystal. The watch is powered by new automatic Calibre 11, with a power reserve of 40 hours. The watch itself is water-resistant up to 100 meters, and comes chronograph ready. Tying the whole watch together is a perforated blue leather strap with red stitching, matching the detailing on the dial.

The TAG Heuer Monaco 1989-1999 Limited Edition is now available over at the brand’s online store, going for $6,550 USD. Act quick though, as the model is limited to only 169 pieces made.

The ‘90s revived. Introducing the latest #TAGHeuerMonaco Limited Edition 1989-1999, available now and limited to 169 pieces. Discover the watch via the link in our bio.