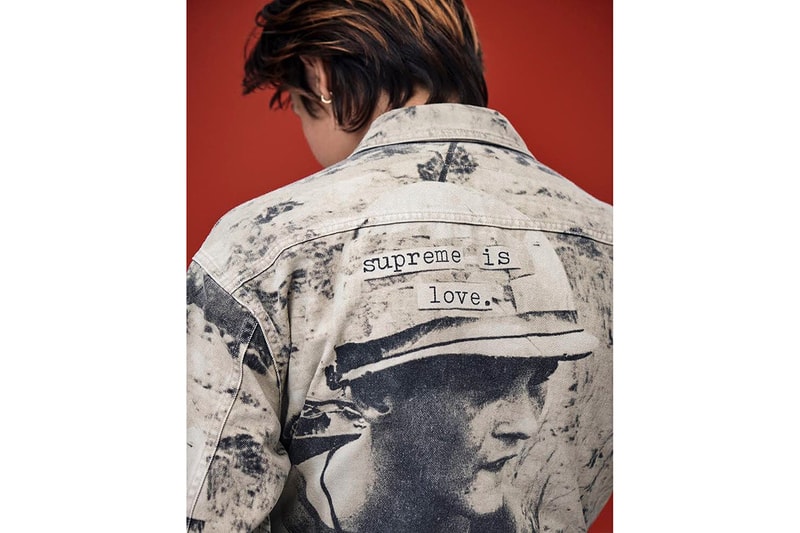 Supreme has unveiled the first teaser from its upcoming Fall/Winter 2019 collection. This season sees the brand rework The Smith’s famous Meat is Murder album cover, the seminal release from previous Supreme reference, Morrissey. At the time the singer was unhappy with the shoot because Supreme had previously collaborate with White Castle and Morrissey is a known vegetarian.

In addition there were also issues with photography that caused Morrissey to release a statement saying "I considered the photograph to be fit only for a medical encyclopedia and I pleaded with Supreme not to use it." The two entities appear to have gotten over this issue judging from the teaser image, which includes "Supreme is Love" in place of "Meat is Murder."

While there’s no firm release date as of yet, the IG post refers to the collection as coming soon.

In other news, Palace revealed its lookbook for Autumn 2019.