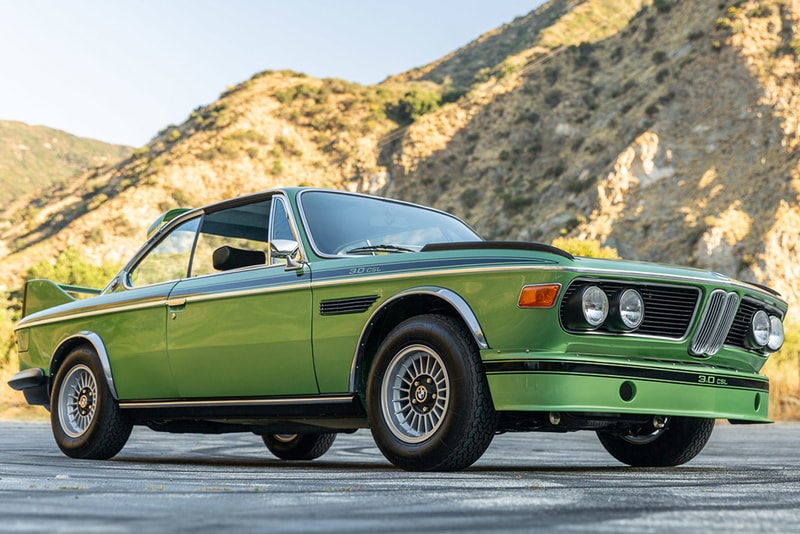 Bring a Trailer has unveiled the latest classic car to go up for auction, with a one-of-57 BMW 3.0 CSL Series 2 "Batmobile" from 1974 currently listed on the site. The rare car features a large front air dam, short fins along the fenders, a rear wing and a spiler on the roof’s trailing edge.

The car’s color scheme makes it even rarer, as only four of the 57 vehicles were finished in the "Taiga" shade of green that appears on this model. The current owner has restored the vehicle over the past four years, including returning it to its factory colors, rust repair and installing a rebuilt 3.2L incline-six engine.

Take a look at the BMW 3.0 CSL Series 2 "Batmobile" in "Taiga Metallic" in the gallery above. The listing is currently live on the Bring a Trailer site, with the highest bid at $140,000 USD.

For more a modern BMW, take a look at the unique X6 coupé in "Vantablack."

This 1974 BMW 3.0 CSL is one of only four Series 2 “Batmobiles” finished in Taiga green from the factory and it’s available now on #BaTPremium. It earned a first-place finish at the 2015 Legends of the Autobahn, reflecting the care that has been put into it. From the paint to the Checkered Coco mats, the details on this Batmobile are top notch. We’re putting out the bat-signal to all CSL fans! This one closes 8/29.