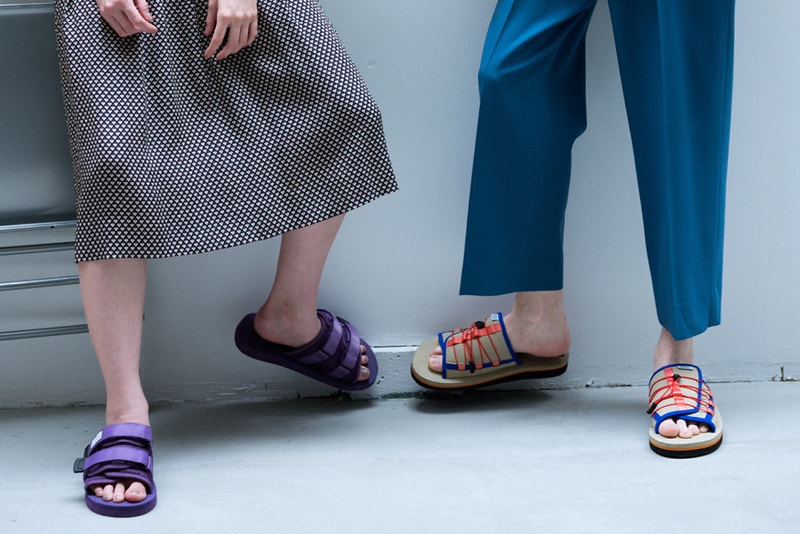 Detailing on the URICH & ZONA models features an upper created with classic nylon straps, an oversized EVA outsole and soft EVA footbed. Throughout the newly designed lineup, emphasis is placed on the color purple which is used on various footwear silhouettes. Mixed colorways are seen on the DEPA-Cab, CHIN-Cab, MOTO-Cab and KAW-Cab designs.

Also making its debut this season are the the TAMB-A, TAM-B and OLAS models. The TAM-A and TAM-B are the brand’s first foray into rain rubber boot footwear. Accents on the aforementioned style include shock-absorbing, grip outsoles and a waterproof zipper.

Lastly, the OLAS takes direct inspiration from sports, hiking and activity shoes that come with a similar string technology on the upper. Its easy-tie string system adds a modern twist to the design.

Take a look at SUICOKE’s SS19 lookbook in the gallery above. Stay tuned here for an official release date.