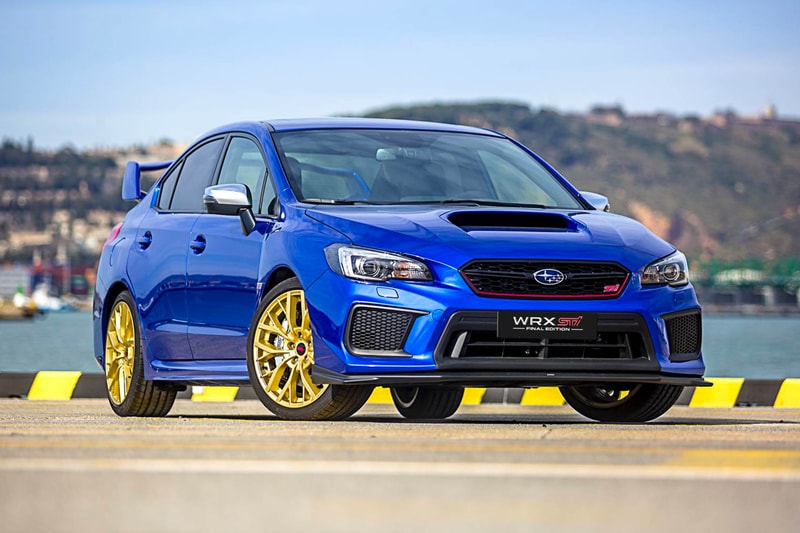 Unlike its American counterpart, who will see the release of the new 2019 Subaru STI S209, Subaru Spain will be marking the end of an era by saying goodbye to its fourth-gen WRX STI. To celebrate the retirement of this line, the Spanish side has created eight Final Edition models of the iconic rally racer for fans of the car and brand.

With only eight of them made, six will come in Subaru’s signature WR Blue Pearl and two in Crystal Black Silica Paint. Aside from the paint job, all eight models are the same — they all sit atop 19-inch gold-finished wheels for that classic Subaru look.

The Final Editions come with an array of visual upgrades. Up front, we find a large front splitter and red-trimmed grille, with chrome exhaust tips at the rear. The interior boasts an Alcantara-wrapped steering wheel, an eye-catching red engine start button, and matching branded floor mats. A commemorative plaque can be found on the center tunnel, marking the vehicle as a Final Edition with a matching numbered keychain. It also features keyless entry/startup, a 7-inch touchscreen, and an awesome 9-speaker Harman Kardon sound system blasting at 440 watts.

Unfortunately, there aren’t any technical upgrades, so the racer will be kept at 296 horsepower and 300 pound-feet of torque with a six-speed manual transmission and all-wheel drive. The engine as remains as the 2.5L turbocharged four-cylinder boxer.

In other automotive news, Ben Baller just got trapped in his Tesla months after gifting Elon Musk with a $40,000 USD custom ring.