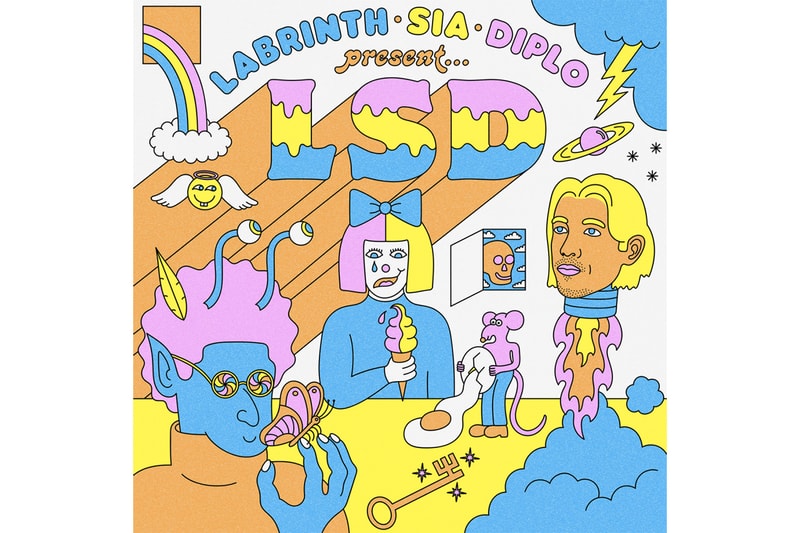 Following hits such as "No New Friends" and "Thunderclouds," the pseudonymized collective has released its 10-track LSD album with a host of new songs and the Lil Wayne remix of "Genius."

In a recent interview with The Rolling Stone, Labrinth said, "When we got the chance to do LSD, we jumped at it, and it’s one of the most creative projects I’ve been involved in." He added, "We dress up in crazy outfits, mess around with Sgt. Pepper’s-esque visuals; we’ve created animations for the band. You can be ballsy and be out there. It feels like you’re not the frontman, so it allows us to go as crazy and as fucked up as we want to go. And that works for us."

You can stream the album on Spotify and Apple Music, and be sure to check out the psychedelic music videos on tracks such as "Genius," which you can watch below.

In other music news, The Chemical Brothers have returned with their ninth studio album, No Geography.