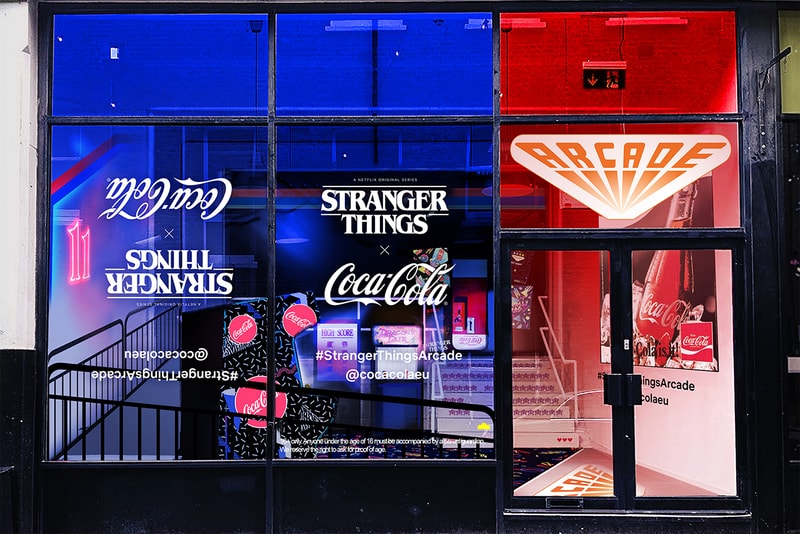 Coca-Cola will be celebrating the launch of Stranger Things 3 with a London pop-up arcade experience, which will take visitors into 1985 and the mysterious Upside Down world.

Following collaborations with the likes of Levi’s and the highly-anticipated launch of its Nike footwear capsule, the pop-up will be heading to Shoreditch in East London and will welcome fans into its Hawkins-inspired space. The arcade comes complete with a host of ’80s games, including the original Dragon’s Lair featured in the show, as well as an Upside Down-themed room which will be only accessible to those with a "keen Stranger Things eye."

The first 800 guests will also be able to get their hands on a limited edition can of Coca-Cola, which features a flipped logo design. The arcade plays into the "New Coke" storyline which is woven into Season 3, as it is set in 1985, the same year that New Coke launched in America.

Check out the Stranger Things 3 x Coca-Cola arcade for free for one day only on July 11 from 11 AM to 9 PM.

In case you haven’t seen it yet, here is the latest teaser trailer for the upcoming season of Stranger Things.