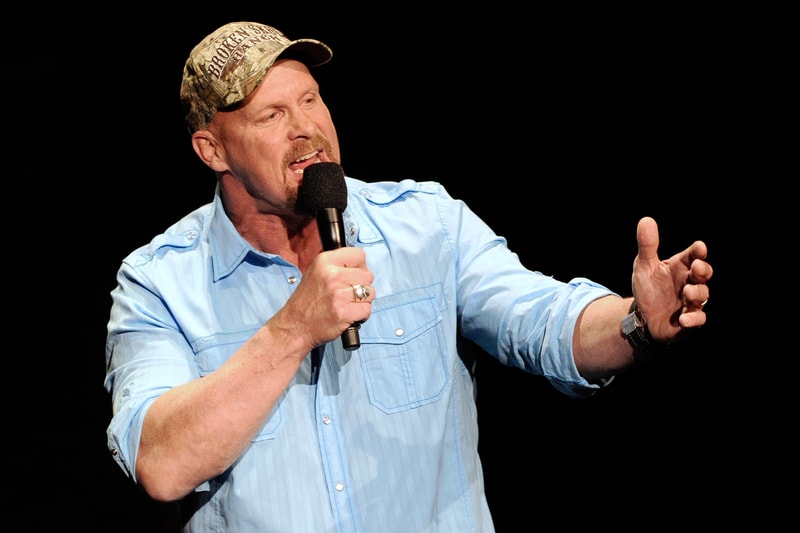 Arguably the most infamous across the history of professional wrestling, Stone Cold Steve Austin, aka the Texas Rattlesnake, has maintained himself as one of the world’s most entertaining showmen since gracing fans for over a decade in the WWE ring. After retiring in 2003, Austin took to a more briskly focused acting and hosting career from starring in The Expendables to hosting his own show entitled Steve Austin’s Broken Skull Challenge. Now the notorious Bionic Redneck is back, teaming alongside USA Network for a new talk show entitled Straight Up Steve Austin.

The newly revealed series will begin with seven episodes, with Stone Cold diving into interviews and adventures with various celebrities. The first round of guests is penned to include athletes, artists, and comedians, and will supposedly include a barrage of stories from the host as well as his guests. The show is scheduled to premiere on August 12, so prepare yourself for the Stone Cold Stunner.

For more entertainment news, the Call of Duty: Modern Warfare franchise is getting rebooted.