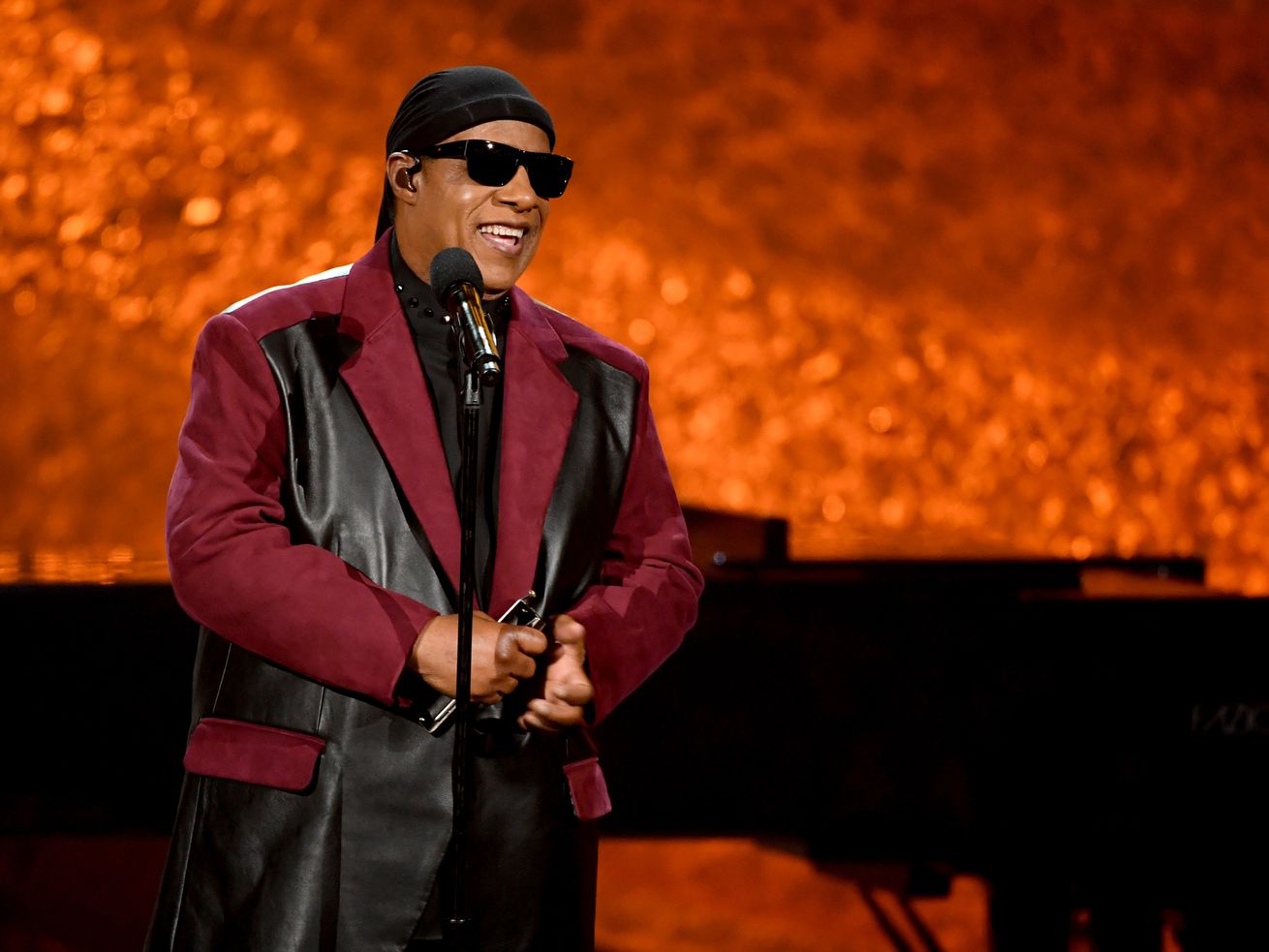 Living in Los Angeles, there’s always the possibility of running into celebrities. And occasionally, someone the caliber of Stevie Wonder shows up to eat at a restaurant like Skylight Gardens in Westwood. The prolific 68-year-old Grammy-winning songwriter/singer joined in-house performer/guitarist Nelson Cade III and proceeded to play for 35 minutes for adoring diners last Friday night.

Eater spoke with Cade, who started out the night during a regular set. Unaware of Wonder’s presence in the restaurant, Cade prepared to take a break when Wonder’s bodyguard tapped him on the shoulder and said, “That’s Stevie Wonder over there, and he wants to know if he can play with you.”

Wonder brought his own equipment along which included an amp, and a harpeggi, which looks like a lap guitar with 14+ strings. Together they performed Wonder’s classics like “My Cherie Amour” and “Superstition,” along with Eric Clapton’s “Tears In Heaven,” Stevie Ray Vaughan’s “Pride And Joy,” John Lennon’s “Imagine,” and Big Data’s “Dangerous.”

Customers quickly rushed from Skylight Gardens’s dining room and into the bar/performance area to cheer, sing, clap, and record the performance with their phones. After the show, Wonder signed autographs, took photos, then went back to finish his meal. “I’m still on a cloud,” says Cade. “My favorite thing is he’s so wholesome. He’s a friendly, polite, and a kind person.”