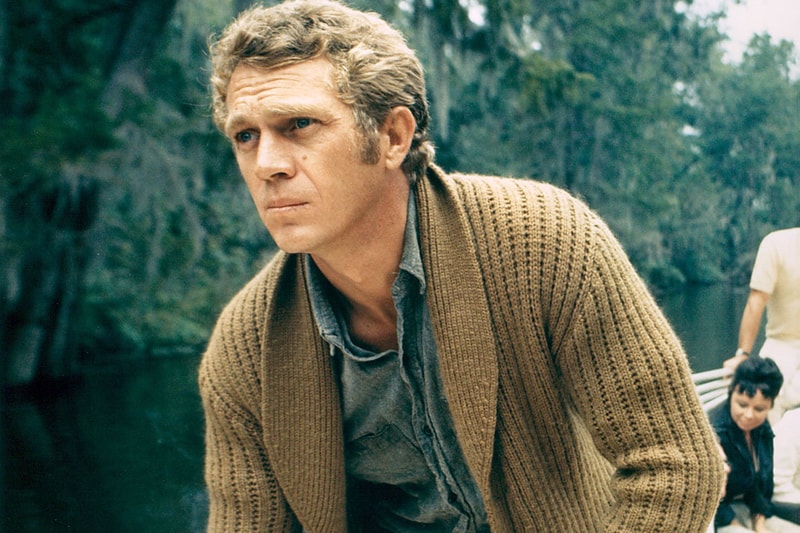 Chadwick McQueen, the son of legendary movie star Steve McQueen, has taken umbrage with luxury designer Tom Ford over a potential issue of trademark violation. The misuse of the senior McQueen’s name is at the crux of the issue, with several pricey USD cardigans at the center of the dispute.

"Certain sartorial items, in fact, became synonymous with McQueen," says attorney Keith Wesley in McQueen’s complaint. "One such garment was a wool cardigan sweater with a shawl collar. … McQueen made that sweater cool." A selection of pricey cardigans on Tom Ford’s site elicited the lawsuit, crafted in the woven shawl-collar style that the elder McQueen made famous. The core issue cited by the younger McQueen is the name of the cardigans: tomford.com originally listed the garments, which ranged in price from $1,690 USD to $2,390 USD, as the "McQueen Cardigan."

Since McQueen’s son filed the suit, Ford’s brand has shifted the sweaters’ name to the "Classic Cardigan," but the damage has been done, alleges Chadwick. McQueen is suing Tom Ford for trademark infringement, false endorsement and unfair competition to the tune of $2 million USD in statutory damages for each registered trademark and punitive damages. The younger McQueen is also aiming to procure an injunction that would prevent companies from using his father’s trademark, persona, likeness or name in their products and marketing. Finally, Chadwick is calling for all promotional and marketing goods with the McQueen name and likeness to be destroyed.

Original page on the tomford.com site via The Hollywood Reporter