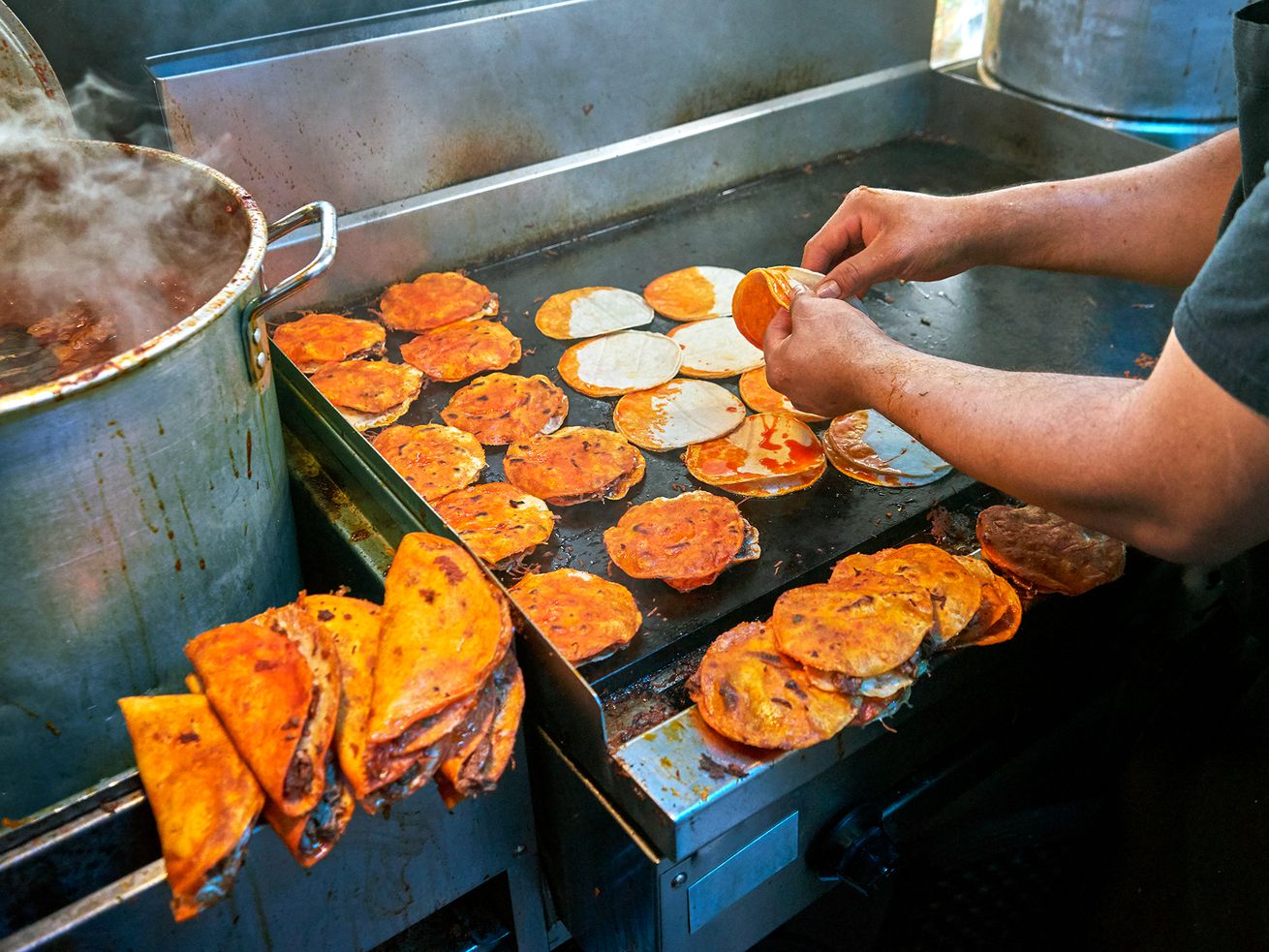 It’s been a wild year for Teddy Vasquez of Teddy’s Red Tacos. The upstart street food birria specialist went from hawking food from the trunk of his car to his own food truck parked on the old railroad tracks off Slauson, and even his own Spanish-language Super Bowl commercial. Next up, following several expansions across greater Los Angeles: a truck in Echo Park.

Vasquez confirmed the upcoming food truck to Eater, though it does not have an official opening date just yet. He says the plan is to park near Sunset and Bellevue, with an opening likely in just the next couple of weeks.

The jump to a new truck is just the latest effort by Vasquez to push the Teddy’s Red Tacos name. Last year, the company expanded into two brick and mortar locations, one in Pico Rivera and a second in Venice. A disagreement among partners led the Pico Rivera outlet to spin off on its own, and Vasquez says that he’s been trying to notify customers that it is no longer an ‘official’ location, despite what the other ownership there has to say. Vasquez tells Eater that he is currently pursuing legal action, while the Venice location and Slauson truck remain under his control. The Teddy’s Red Tacos instagram, which had amassed some 100,000 followers, was also hacked and taken offline, forcing Vasquez to start again from scratch.

The Teddy’s Red Tacos crew remains undeterred — they’ve got a new Instagram and everything — and plans to continue pushing into Echo Park in the next couple of weeks. Meanwhile, birria tacos continue to dominate the street food conversation across Los Angeles, with locations copying the Teddy’s model (or striking out on their own) from the Valley to East LA and beyond.