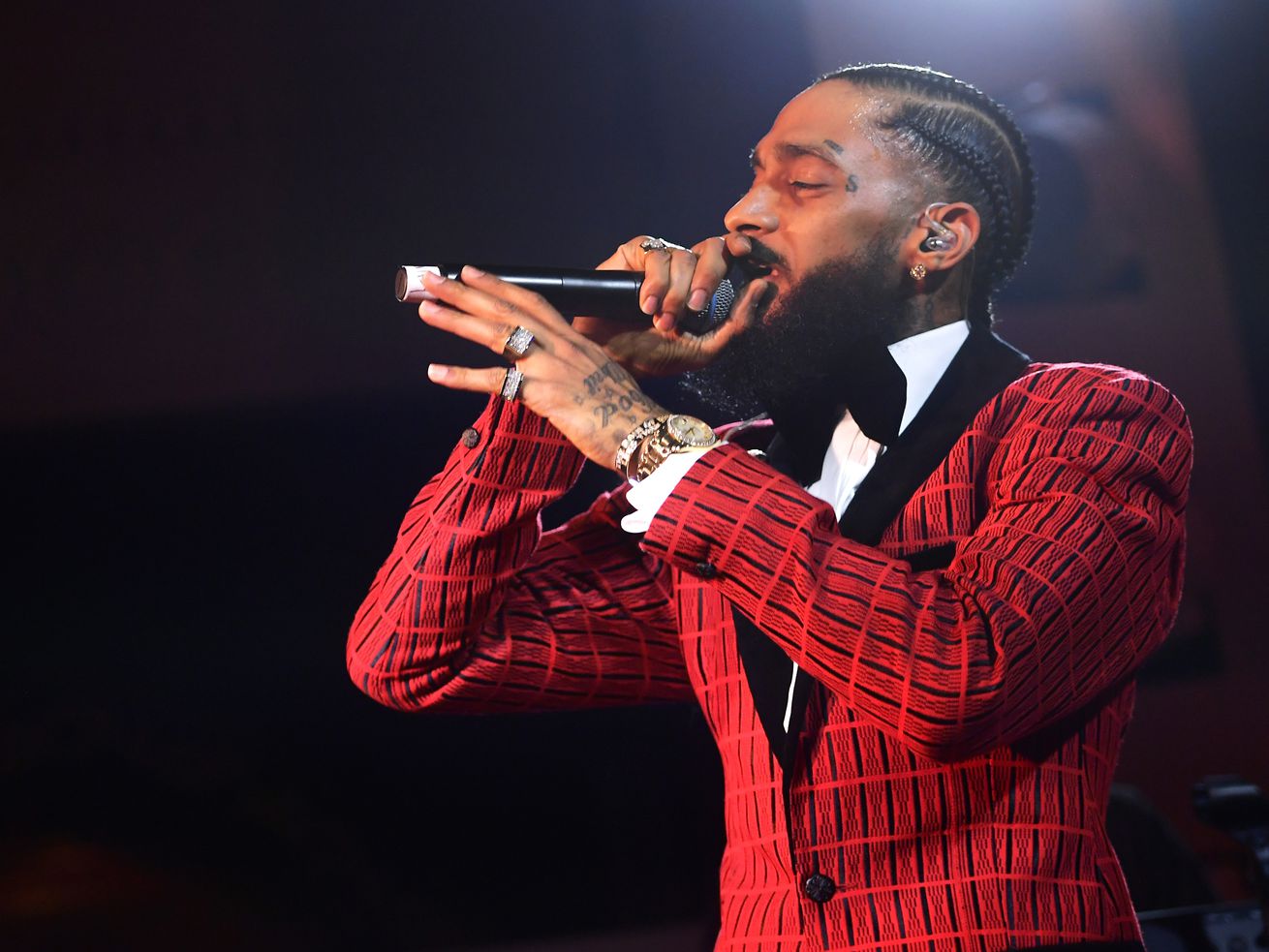 All Flavor No Grease, Mr. Fries Man, Taco Mell all credit the rapper with helping to make them famous

People across Los Angeles are mourning the death of rapper and entrepreneur Nipsey Hussle today, after the Los Angeles native was shot six times in front of his clothing store on Crenshaw. The South LA-born Hussle was not only a Grammy-nominated musician, but an important businessman who spent years trying to revive the Crenshaw corridor where he was raised. That included plenty of promotional and financial help to many of the black-owned street food legends that still run in the area, from All Flavor No Grease to Bleu Kitchen on down.

Keith Garrett from All Flavor No Grease has credited Hussle with helping him move from the front of his house on 108th Street in Watts to national acclaim and multiple daytime television appearances, two food trucks, and a restaurant space inside a food hall in Orange County. In a post this morning on Instagram, Garrett says simply: “This man here changed my life in words I can’t explain.”

Others have long associated their success with Hussle’s business acumen as well, including Mr. Fries Man and the Trap Kitchen duo, two of the first in South LA to turn to Instagram as a way to feed their communities directly. Both sent out their prayers and condolences this morning. Similarly, Bleu Kitchen canceled its stop at Manchester and Western today after posting a memoriam photo with Hussle, just like the photo of Hussle outside of Locol in Watts that went up on Instagram last night.

RIP @nipseyhussle a real one presence will always be felt. our prayers are with the Family

Police have not yet found Hussle’s shooter; two other men were also injured in the incident, though both are expected to survive. Meanwhile, late into last night and again early this morning, a group of mourners had found their way to Hussle’s storefront on Crenshaw to pay their respects.