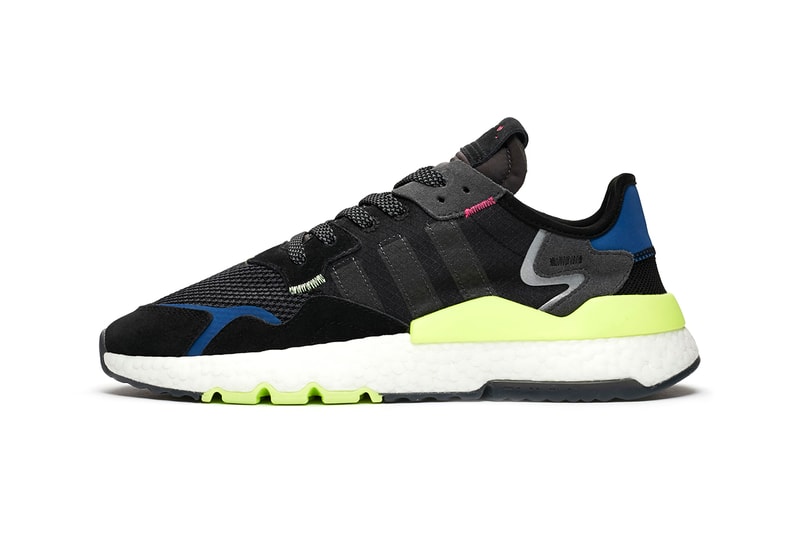 Its bold accents of neon, blue and pink contrast the dark black upper, a color scheme which is reflected in the NYC nightlife-inspired campaign featuring Oscar 1992. Creating a video series titled "How To Tackle NYC’s Nightlife," the campaign sees Oscar 1992 give ‘tips’ to partygoers while wearing the feature sneaker and an equally loud steampunk-meets-NYC nightlife outfit.

You can watch Oscar 1992 in the video series below, or head to the Swedish retailer’s YouTube for more ’90s NYC nightlife clips. The collaborative Nite Jogger is available from the Sneakersnstuff web store now.

For more night-inspired sneakers, check out the latest from adidas’ Kamanda line.