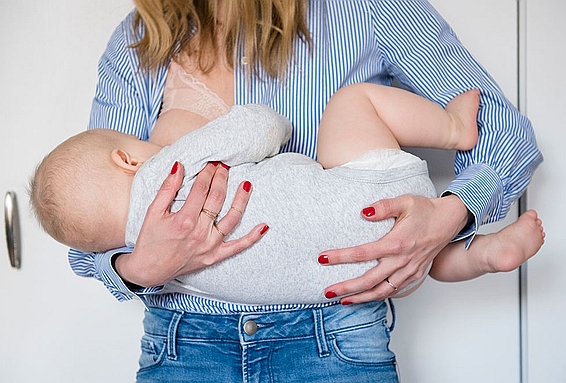 Just because you opt to enhance the size and shape of your breasts, doesn’t mean that you can’t, or shouldn’t, breast-feed. Right?

A recent study published in the Aesthetic Surgery Journal found that the majority of women who underwent breast augmentation and had a baby within five years had no problems breast-feeding, even with their implants.

You May Also Like: A Comprehensive Look at Every Type of Breast Surgery

The study looked at 29,148 women who underwent breast augmentation with silicone implants and 13,725 women who had saline implants placed. Of the 4,679 women who gave birth at least once after their breast surgery, 3715 (79.4 percent) reported successfully breast-feeding during the study.

San Diego plastic surgeon Joseph Grzeskiewicz, MD says that while the effects of breast augmentation on breast-feeding are certainly a theoretical concern, it’s highly unlikely that an augmentation alone (without breast lifting) will hinder a woman’s ability to breast-feed. “The chances of an issue happening with breast-feeding may also depend on the way in which the implants are placed. Basically, any surgical procedure on the breast could potentially affect breast-feeding, and sometimes there are reasons why that we don’t understand.”

In some patients, the stretching of the breast tissue and milk ducts, or other trauma incurred during or after surgery to those parts of the breast, could potentially lead to problems down the road. “This may be true in cases in which the implants are placed via an incision around the nipple,” says Dr. Grzeskiewicz. “Also, in patients with small or short nipples who get large implants, the nipple projection can be affected and there may not be enough tension on the breast, preventing the baby from being able to properly latch on.”

“The bottom line,” says Dr. Grzeskiewicz, “is that although we always discuss the risks of breast surgery, in reality, when we study the actual incidence of breast-feeding problems after breast augmentation, it doesn’t seem to be any more common than in those without implants.”