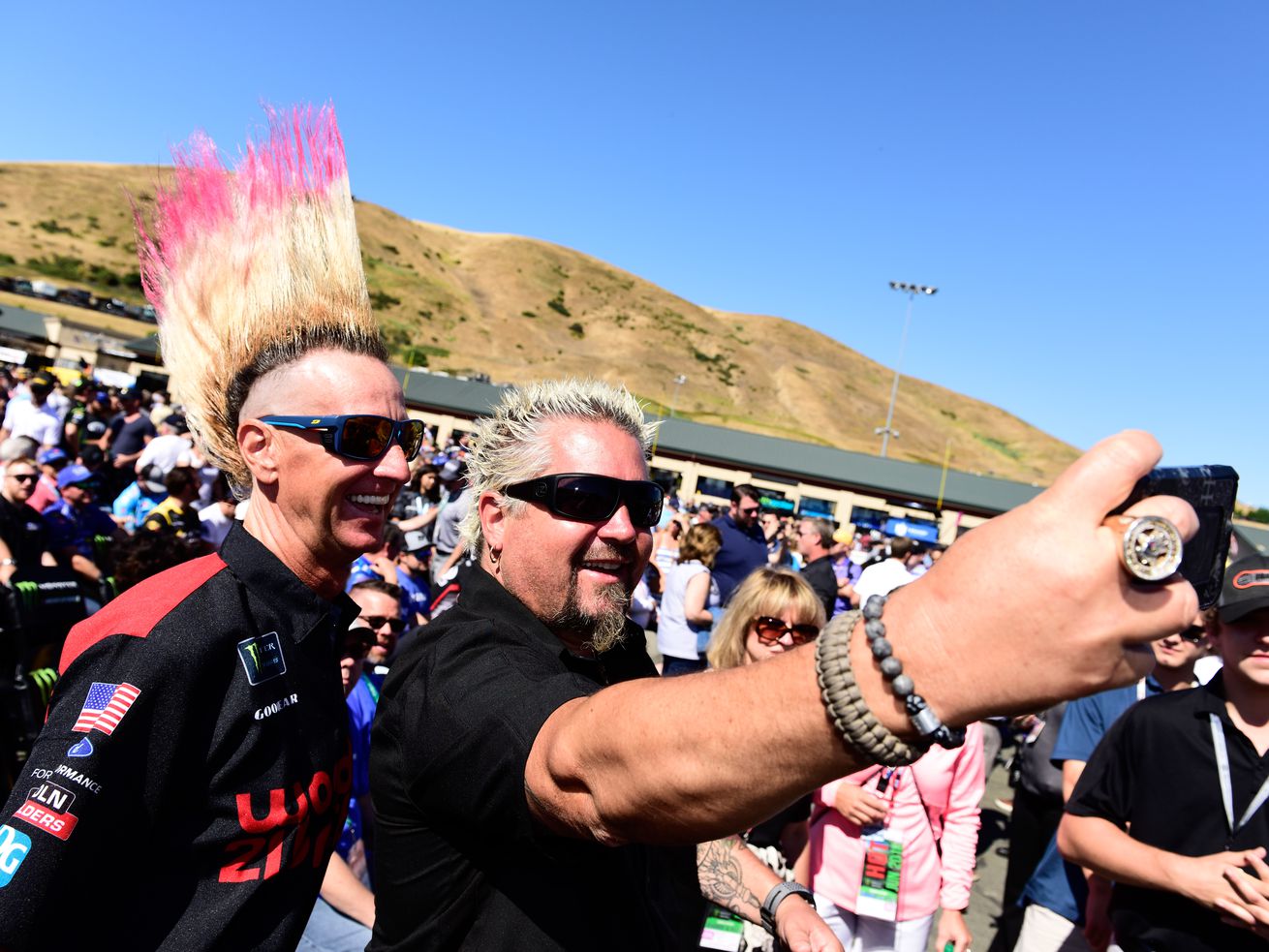 Plus Simone’s new chef’s counter meals, and Blue Bottle in the Valley

Guy Fieri is back to run the food programming for Stagecoach this year. The Palm Springs-area music festival follows in the heels of Coachella in April and now carries its own lineup of quality chefs mostly doing comfort classics and lots of barbecue. This year Fieri will once again help to oversee a standalone 40,000 square foot Smokehouse area filled with culinary names like Chuck Frommer of Road Kill Grill, Paul Martin, Adam Perry Lang, Fox Bros BBQ, and more.

We’re back and stacking the @Stagecoach Smokehouse this year with some of my favorite BBQ pit bosses from around the country. See y’all in Socal this April

Coffee in the Valley

Blue Bottle Coffee has officially hit the Valley with the opening at the Valley Country Mart in Woodland Hills. The chain coffee shop is doing a community day on Friday, donating proceeds from 9 a.m. to 3 p.m. to the Los Angeles LGBTQ Center. 20929 Ventura Blvd., Woodland Hills.

Long Beach is getting a cool new microbrewery called Trusted Gut, reports the Long Beach Post. The project is unique in that it will take over the former location of a retro auto body shop that had served the community for more than six decades.

Arts District restaurant Simone is ready to launch its new chefs counter under Jessica Largey. The upscale experience is meant to focus on one-one-one interaction with the kitchen across multiple courses (something like 12 to 15 on a given night) starting on Friday, February 22. There’s only room for six diners at a time, at a price of $185 per person, along with an option for an $85 beverage pairing add-on. Reservations will operate via a lottery system on the restaurant’s website, opening every other Friday at 10 a.m. for spaces that run the following two weeks.

Thai Shallots grown by @kongthao03 are the secret behind our unconventional Beef Tartare. We wanted to highlight these amazing pungent alliums and built a dish that is both familiar and challenging. Kaffir limes from @jjslonedaughter add a striking flavor that we felt paired perfectly with the intensity of the shallots. We use the shaved honeydew radish from @weiserfamilyfarms to add crunch and make a sesame-lime salt with the greens to top it all off. We love our farmers and it all starts with the produce for us here in the kitchen at Simone. @maljordan1127

At yesterday’s Food Bowl kickoff party in Downtown, the LA Times staff announced plans to revive the standalone print weekly food section, which was last seen in 2012. The announcement also came with news about Food Bowl itself, including new classes, dining options, and chefs from around the world spread across the city and one full month of action.

Downtown restaurant Spread Mediterranean Kitchen is doing something different for Valentine’s Day. They’re launching a charity night called Spread the Love, with proceeds going to benefit new refugee arrivals in Los Angeles via the nonprofit Miry’s List. The February 14 dinner is the first of four to come, and will feature Evan Kleiman as well. Tickets start at $50.