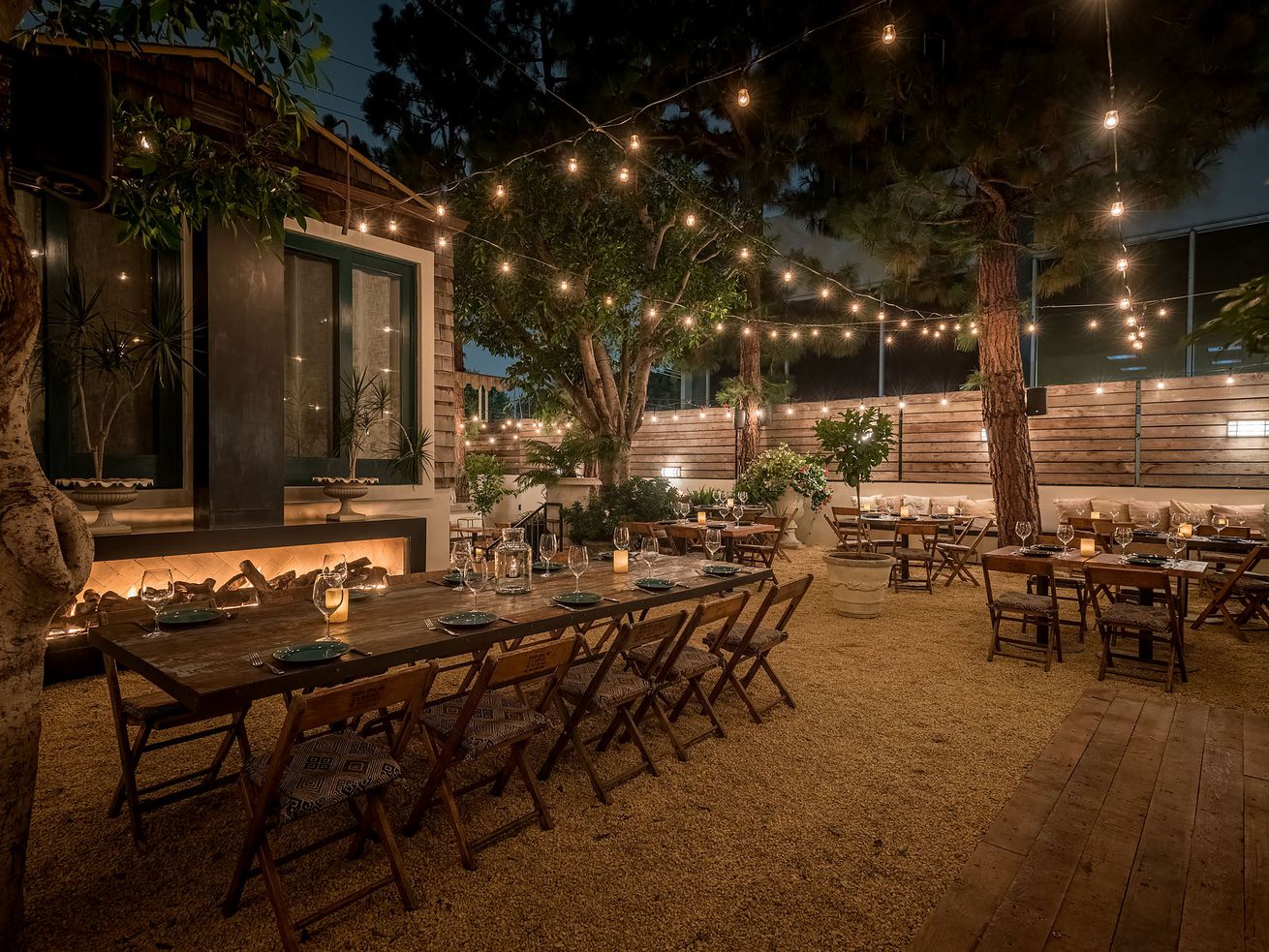 One of Southern California’s best patios is back in action, as the recently closed Wilshire reopens on Monday as Fia, complete with a whole new look and that same perfect summer feel. New owner Michael Greco and chef Brendan Collins have overhauled both the space itself and the menu, working together to craft a moody, mellow Westside hangout that looks ready to become the place to be in Santa Monica.

Fia’s legendary 1920’s-era address stood for years as a place for Santa Monica and greater Westside locals to congregate over a fine continental-turned-California meal, and it helped to define a generation of culinary talent in Los Angeles under chefs like Nyesha Arrington. Now Greco has taken over with plans to remake the restaurant in his own eye, complete with an overhaul of the artwork on the walls and a redo of the sprawling open patio. Tuscan gravel crunches underfoot, while warmth radiates from three outdoor fireplaces. Matthew Winter of M. Winter Design (Gjusta, Manuela) led the design effort for the 300-seat restaurant, with its native palms, multiple bars, and outdoor bocce ball court.

On the food side, Collins is a longtime LA chef who has spent years at places like Birch in Hollywood and Waterloo & City in Culver City before that. The Brit is cooking up seafood-forward California fare with touches of Italian influence, which means a meal could include anything from a seven-day beef shank to share or a rich lobster bolognese with ink-black noodles for one. Hamachi crudo is a classic California starter, cocktails come by way of longtime barman Vincenzo Marianella, and Tara John oversees the wine. General manager Jimmy Ornelas comes from Providence, and will oversee the floor.

Fia opens on Monday, August 19 for dinner, with cocktail hour, late-night patio hangouts, and weekend brunch to come. The plan is to also expand into live events down the line, from music to wine tasting as well. Hours run 5 p.m. to 10 p.m., Sunday through Wednesday, with an extension to 11 p.m. Thursday through Saturday. The opening menu is below.