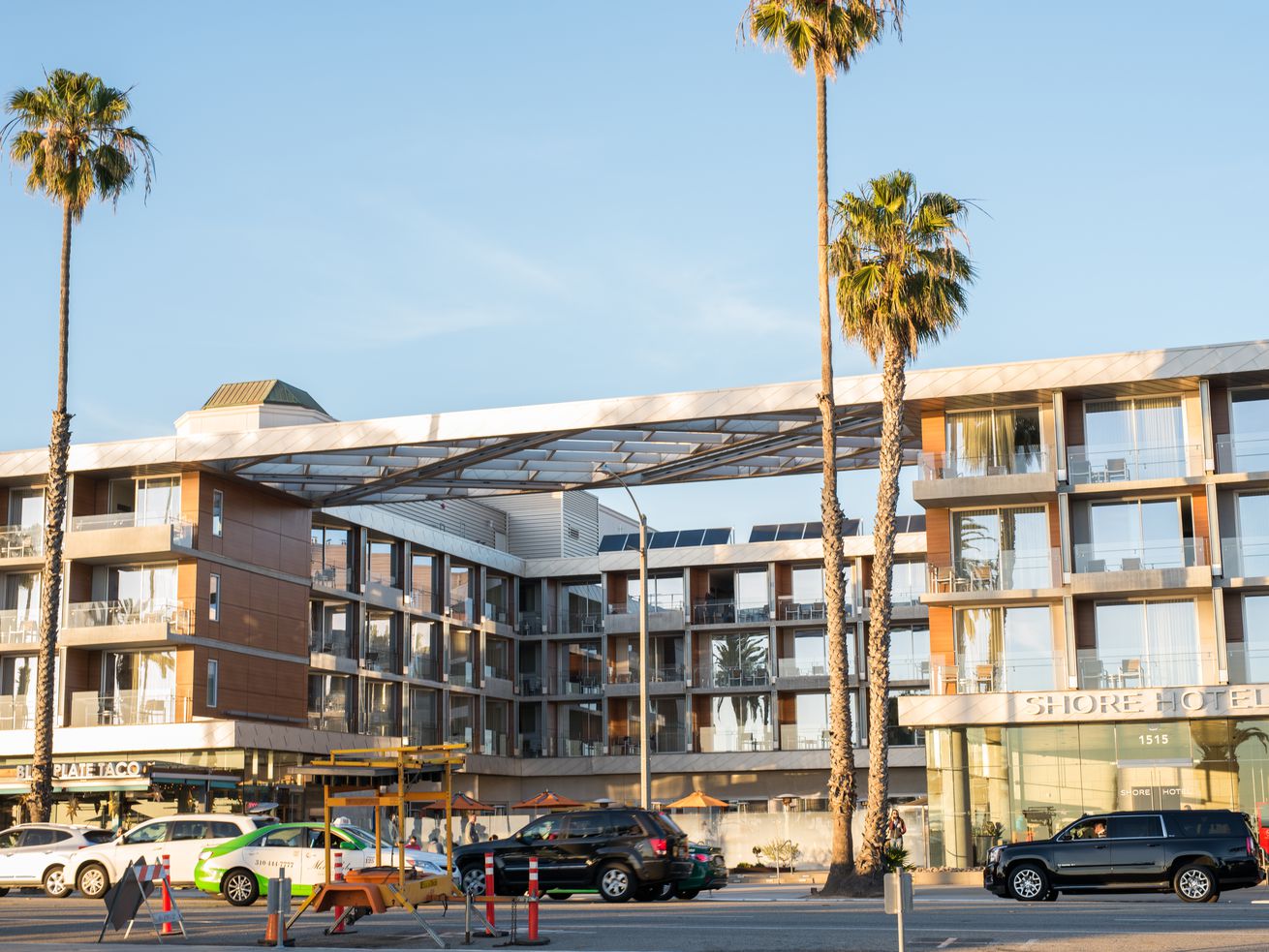 A Santa Monica hotel developer has been fined $15.5 million after it “replaced two of the only low-cost motels in Santa Monica with a luxury boutique hotel, without a permit,” the California Coastal Commission said in a statement today.

The fine is the largest ever levied by the 40-year-old agency.

“We as an agency have a mandate to encourage public access on the California coast and that means doing everything we can to ensure people can actually afford to stay there,” said Dayna Bochco, who chairs the commission.

In 2009, Sunshine Enterprises Ltd. was granted a permit to tear down two low-cost motels on Ocean Boulevard and replace them with one larger Travelodge.

The permit expired, the commission says, and Sunshine went on with its plan to build—and with one major change. Instead of the affordably priced hotel it once planned, where rooms would have rented for $165 a night, Sunshine built the Shore Hotel, a boutique operation where rooms start around $300 a night and can go up to $800.

Under the California Coastal Act, a major part of the commission’s directive is to protect public access to the coast, and that includes ensuring that low-cost hotel rooms and other facilities are available.

The commission postponed making a decision on Wednesday whether it would give Sunshine an “after-the-fact” permit for the hotel.

The developer applied for an “after-the-fact” permit from the Coastal Commission in 2014, after receiving a notice-of-violation letter from the commission. Its request was denied.

The developer sued the commission for denying its permit, but ultimately a Los Angeles County Superior Court judge found in favor of the commission, “calling the developer’s actions ‘a bait and switch,’” the agency said in a statement.

“Shore Hotel recognizes the hotel was opened without the Coastal Commission’s permit and regrets this violation took place,” the company said in statement Wednesday to the Associated Press. Sunshine also said it would pay the fine and work with the commission moving forward.

Commissioners told Sunshine that they wanted to see more affordable hotel rooms nearby or in the existing hotel.

“I don’t want their money—I want their hotel rooms,” said commissioner Aaron Peskin. “Why can’t they just convert 87 of the 164 rooms to an affordable price point?”

The commission says the money from the fine will go toward funding public access projects and existing lower-cost hotels like the Santa Monica hostel or the Topanga Ranch Motel.