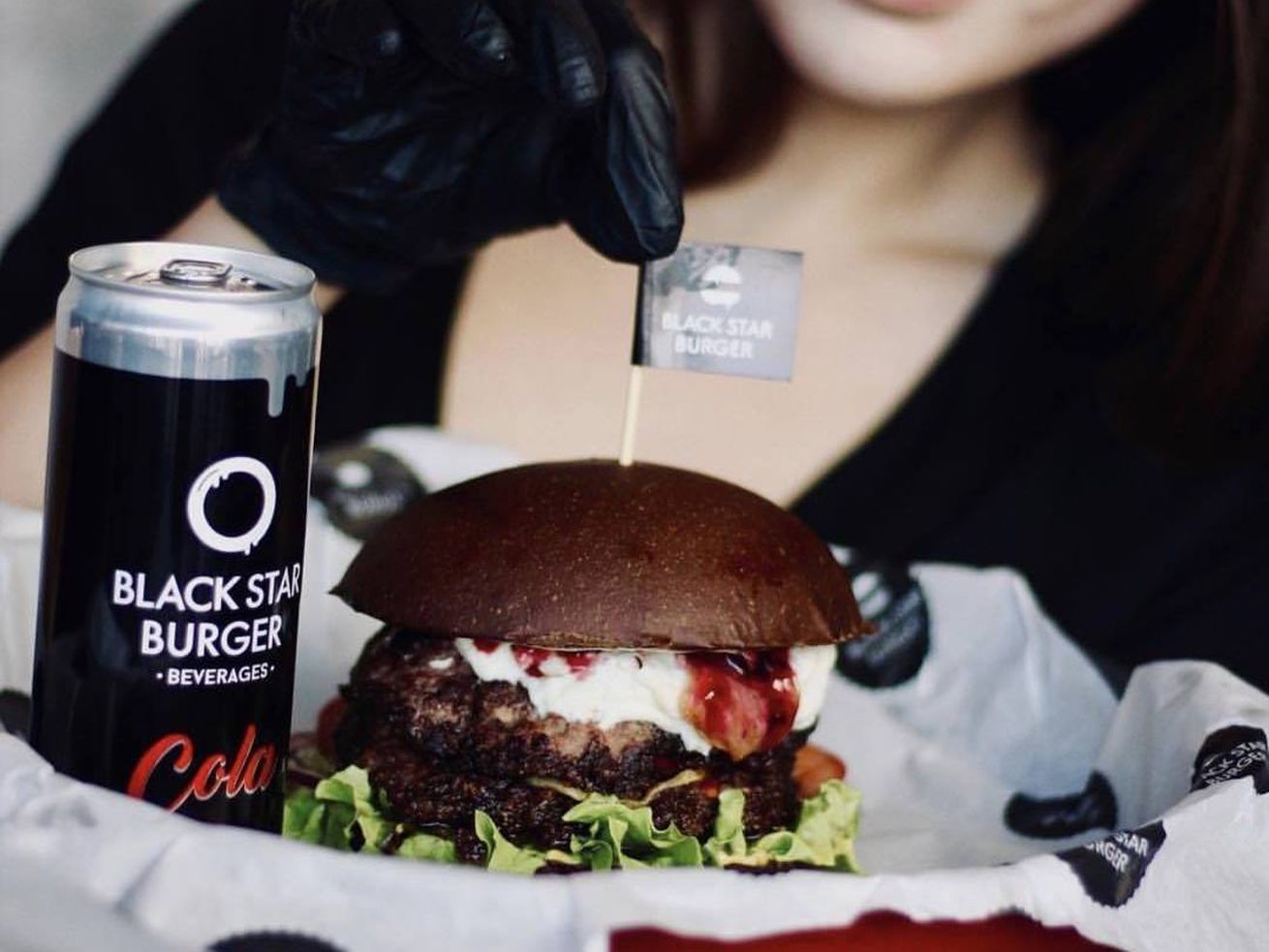 The former Plan Check space has a surprise new tenant

Some ominous new burger signage has been flying high over the former Plan Check space on Fairfax, showing only a deep black silhouette of a big, dripping burger. And so it seems, with its pirate ship-like calling card, Los Angeles is soon to receive its first location of Black Star Burger, a busy three-year-old company backed by one of Russia’s most famous rappers.

As the Russian website for Black Star Burger shows, the company has absolutely exploded on the scene in just a few short years, growing to nearly two dozen locations in and around Moscow. Now they’re jumping to the States and landing on what may be LA’s hottest block, inside the former Plan Check that closed back in January. The location makes since given the restaurant group’s founding by a popular music label of the same name, Black Star.

Perhaps most interesting is the main spokesperson for the burger company, a rapper named Timati with nearly 14 million Instagram followers who has previously been described as the Drake of Russia. Fans of the rapper have been found lining up for hours just to get a glimpse of him at any new location opening.

So what about the actual food? It seems to be nearly as wild as the company’s backstory. First off, diners are apparently encouraged to eat the burgers with black plastic gloves on, though exactly why is unclear. The menu also offers a variety of ink black buns, a stunt last seen in America thanks to a Burger King Halloween promotion. And then there is this dessert… thing:

Eater reached out to Black Star Burger for more information on their food, the black plastic gloves, and an opening date for the restaurant, but so far has not heard back. In the meantime, here’s a pretty good English language primer on what to expect from the restaurant.