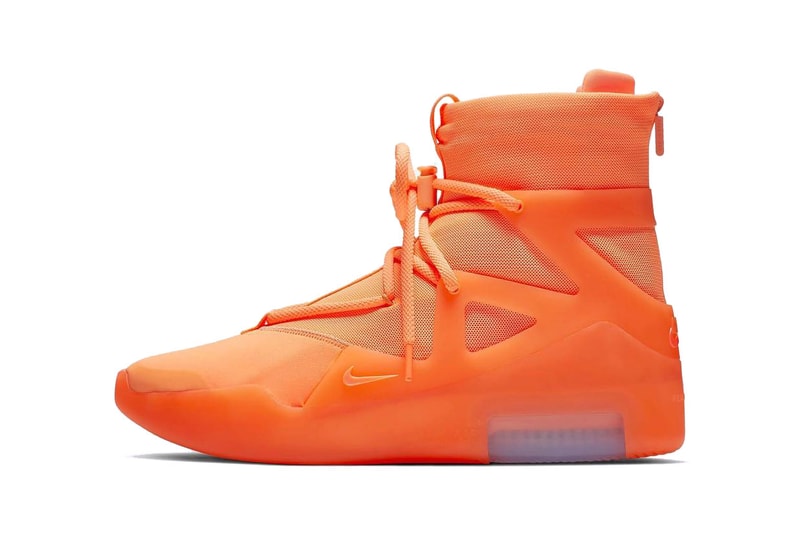 Fans of Jerry Lorenzo’s bespoke Air Fear of God 1 must be feeling whiplashed by all the new colorway rumors flying around, including the "Wheat Gold" sample that was debunked by Lorenzo himself last week. Now there’s another rumored iteration on the horizon: an orange colorway.

As teased by the oft-accurate sneaker leakers at @j23app, there may be a warm-hued colorway of the tall basketball sneaker emerging later this year. Initial rumors surrounding the "Amarillo" and "Wheat Gold" make-ups hinted that they’d see a summer release, but this pair has no drop information attached. What is present is a tonal orange take on Lorenzo’s substantial sneaker, complete with a matching midsole — the first of its kind, as past colorway teasers included a white midsole. A matching woven upper and laces complete the rumored orange model.

It may be wise to heed Lorenzo’s statement regarding the "Wheat Gold" rumor — "Please stop believing Photoshops." — so HYPEBEAST has reached out to the Fear of God team to confirm whether or not this pair is for real. Stay tuned for more.

In the meantime, the Air Fear of God 180 "Light Bone" received official imagery courtesy of Nike.