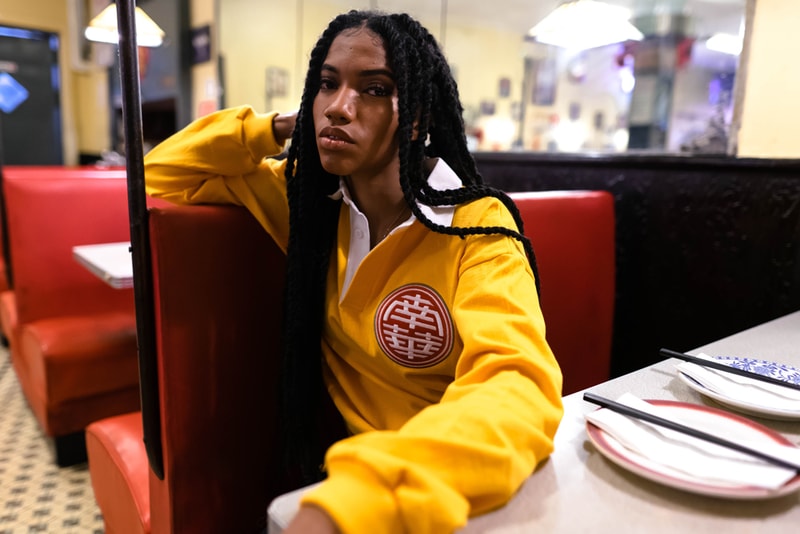 After joining forces with fellow New York-based brand Noah last October, preppy stalwart Rowing Blazers is at it again and sticking to a staple of the big city for its latest collaboration. The label has partnered with Nom Wah Tea Parlor, New York City’s first dim sum restaurant, to launch a limited-edition collection that’s equally inspired by fashion and food.

The capsule encompasses a selection of shirts and hats that incorporate signature aspects of both brands. There are two long-sleeved T-shirts in the range, offered in black and white versions, that feature a center-placed photo print of the historic restaurant. To zero in on Rowing Blazers’ typical aesthetic, the collaborators also developed a rugby shirt, opting to use a bright yellow base to contrast against Nom Wah’s red logo. The eatery’s symbol also makes its way onto the dad caps, which mirror the graphic tees in neutral options of white and black.

"At Rowing Blazers, we love history, and we love iconic eating establishments and watering holes: spots that are steeped in tradition and haven’t lost their character, but are as relevant as ever. Nom Wah is all of that and more. It’s also a favorite gathering place for the Rowing Blazers team. So this collaboration just made sense. We’re also a New York City brand, and that’s a key part of our DNA; so, partnering with such an iconic NYC landmark is a dream," said Rowing Blazers founder Jack Carlson.

In other fashion news, see how brands celebrated the Chinese New Year with their takes on the red envelope tradition.