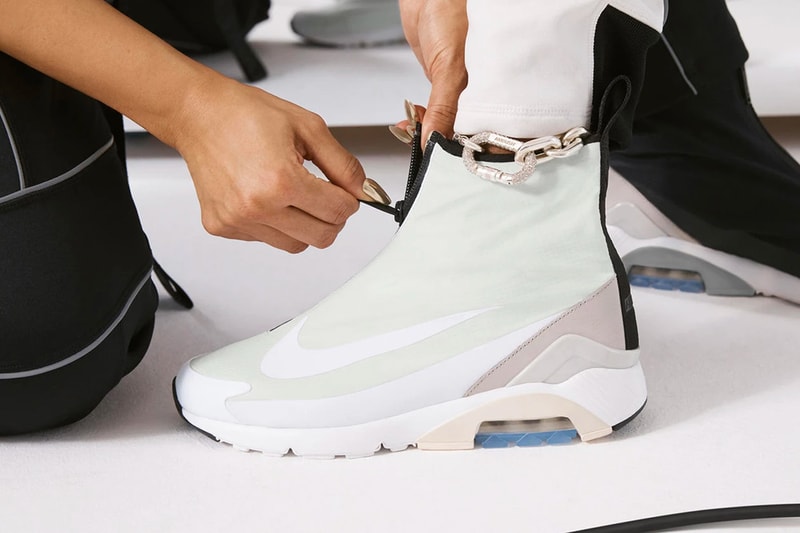 Following up the apparel release of their collaboration, AMBUSH® and Nike are gearing up to drop the accompanying footwear from the collection.

According to reports, Yoon Ahn‘s take on the Air Max 180 is set for a limited release February 9 at Nike’s Soho flagship location. Utilizing the AM180’s recognizable sole unit, the shoe features a shroud upper complete with a zipper closure similar to what is found on the Air Zoom Flight The Glove. At this point, it is unclear if the collaborative sneaker will be a women’s exclusive release like the collection that dropped in December.

Stay tuned for more details regarding the release of the AMBUSH x Nike Air Max 180.

In case you missed it, take a first look at the Nike LeBron 16 Low "Safari."