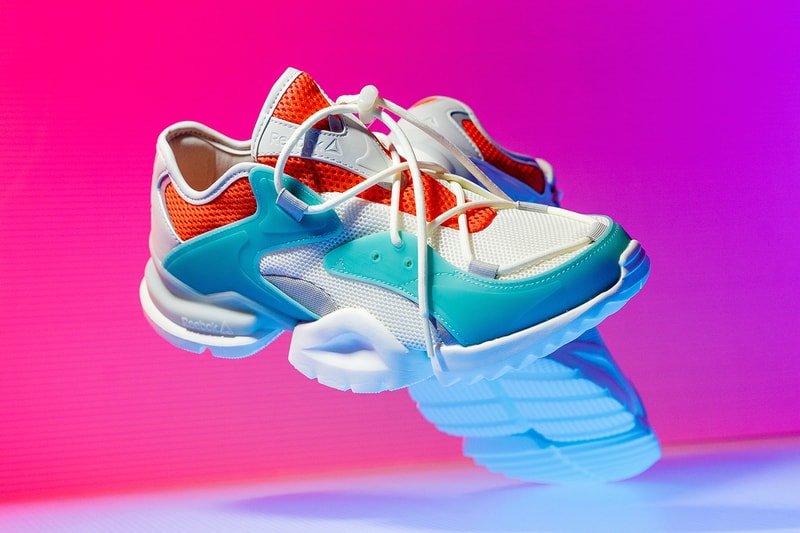 Reebok has unveiled a slew of new colorways of its Run.r 96 and Sock Run.r silhouettes for Spring/Summer 2019. The two technical sneakers pay homage to retro-futuristic pairs such as the 1996 PUMP EVO prototype, which lends its signature split cushioned sole unit to the two pairs.

Previously releasing in a bright “Carotene/Mist” colorway, the Run.r 96 returns in two new tonal hues which both see pops of neon throughout. "Grey/Blue/Lime" and "Grey/White/Teal/Gold" have joined the lineup, with both featuring complementing cord lock-system laces. Constructed from mesh, the Run.r 96 is complete with rubber paneling and minimalistic branding on the heel cap and lateral heel accent.

The Sock Run.r steps in a bright blue shade of Carotene, contrasting the previously seen royal blue rendition which dropped back in June 2018. The silhouette — which was made popular after a host of Vetements collaborations — maintains its archival influence while adding orange and white stripes to its high-rising sock construction.

In case you missed it, take a look inside the JJJJound x Reebok pop-up before its April 27 debut.