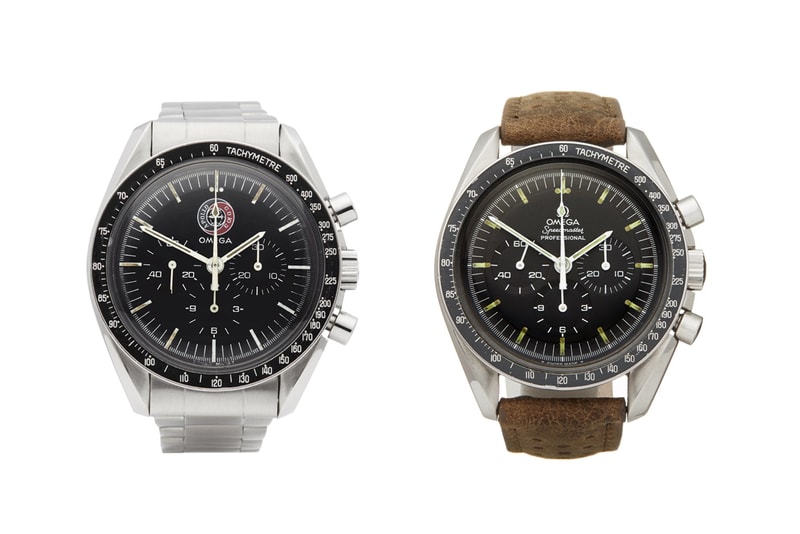 PUMA, Lego and several other brands have created product this season to celebrate the 50th anniversary of the moon landing, and now pre-owned luxury retailer Xupes is offering up a series of rare watches in order to commemorate the occasion. The company has added two Omega Speedmaster models to its collection that are decked with details to reflect the famous space mission.

Omega’s Speedmaster Apollo-Soyuz ST145.0022 is the priciest offering of the two, coming in at £37,999 GBP (approximately $47,226 USD). The piece is one of only 500 that were initially created in order to pay homage to the "Apollo-Soyuz" test project in 1975 and features engravings in Russian and English on the case back. It’s credited as the only watch to have survived NASA’s various flight tests, making it a highly-coveted item.

The second watch is the Omega Speedmaster Professional 145.022-69 ST, which is priced at £7,299 GBP (approximately $9,075 USD). It was first produced in 1969 to celebrate "the first watch worn on the moon" and is designed with a manual wind caliber 861, Serif lume markers and an Omega logo painted on the dial.

“In 1969, if you were lucky enough to find one, you could have bought this watch for under £200. At an average annual inflation of 6% that’s around £1,500 today. The enduring fascination with space flight means that these highly sought after watches now command nearly forty times their original price, with this one on offer at £7,500. Collectible watches continue to be a far more exciting place to put your money than in a bank," explained Xupes co-founder Joe McKenzie.

Read more about the watches on Xupes’s website, and for more fashion news, check out Heron Preston and NASA’s luxury dog collection with Very Important Pets.