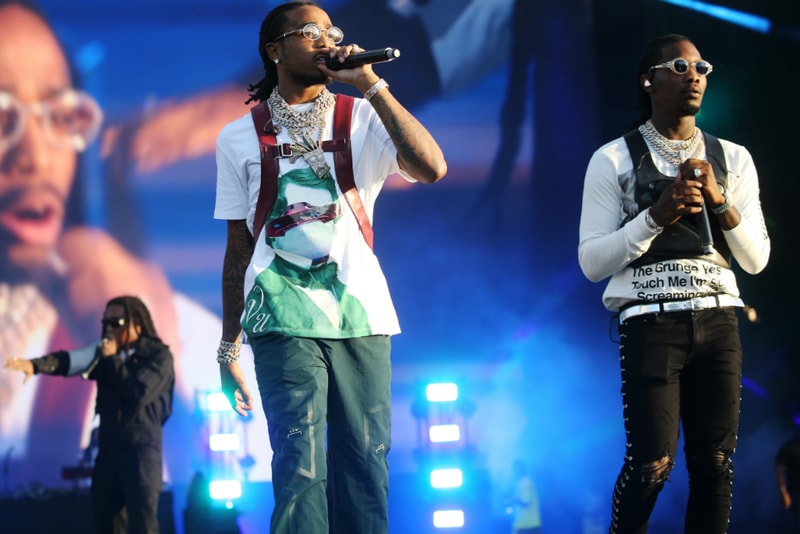 A couple weeks ago, Quality Control released the first pair of singles for the forthcoming compilation album Quality Control: Control the Streets Volume 2, choosing to introduce the LP with Lil Baby and DaBaby’s "Baby" and City Girls, DJ Durel and Saweetie’s "Come On." Now, the Pierre “P” Thomas- and Kevin “Coach K” Lee-guided powerhouse is serving up another double dose of records in support of the new Quality Control group project.

This time around, 24Heavy and Young Thug are linking up for "Longtime" and Migos, Lil Yachty and Gucci Mane are reconnecting for Quality Control: Control the Streets Volume 2‘s fittingly-titled introductory salvo, "Intro." Notably, the latter offering is also being released alongside its visual companion, which takes viewers to the club and the videoshoot’s "backstage" trailer lot.

"I feel like we’re just tapping into [things] right now. We’ve been in business five years, but I think these next five years, oh man!" Coach K told Billboard last year. "We got a well oiled machine now. We were putting that car together and now it’s put together. Now, we’re putting premium gasoline in it to keep it running. Like, it’s all together and we understand how to put the music out, when to put the music out and all of our artists are making great music."

The previous entry in the Quality Control: Control the Streets series surfaced in December of 2018,.