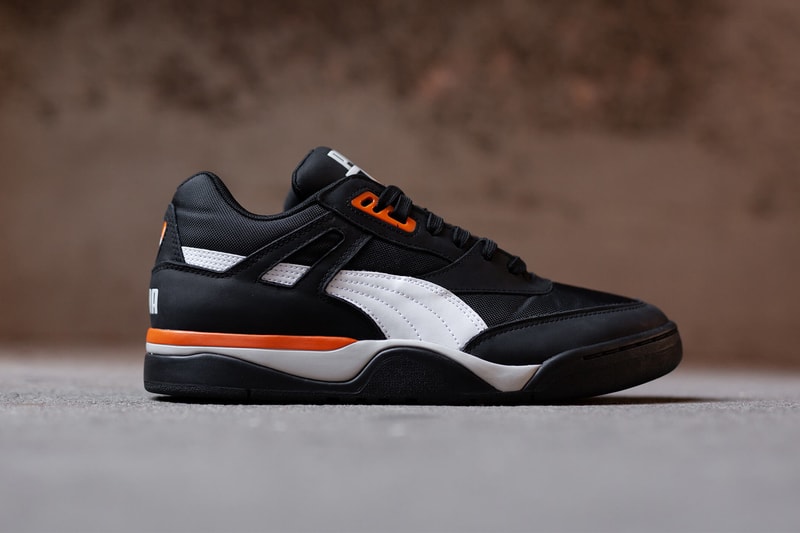 While the reintroduction of the PUMA OG Palace Guard saw the original colors of the Detroit Pistons, this latest Palace Guard highlights a particular era of the franchise basketball team.

Taking us back to the late ’80s-early ’90s, the new colorway sheds light on the "Bad Boys" era of the Detroit Pistons. The Halloween colors bring back images of an orange basketball over a black background, and at the center of that basketball appears a skull and crossbones — the original logo of the Bad Boys. With players like Dennis Rodman, Rick Mahorn and Isiah Thomas associated with the Detroit Pistons’ "Bad Boys," it’s easy to deduce where the name came from; they were known for their rough, relentless, and borderline dirty style of play.

Like the previous OG release, the Palace Guard "Bad Boys" also see Puma’s Trinomic cushioning technology, a polyurethane midsole, a molded sockliner, and features a 3D basketball logo at the tongue. Those interested can expect these to drop April 1 at PUMA locations and select retailers like COUTIÉ for a retail price of $110 USD.