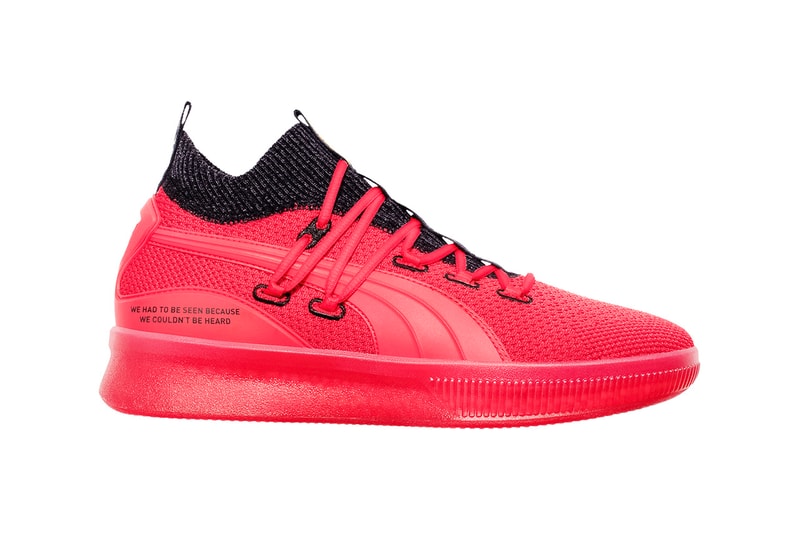 After debuting the first iteration of the Clyde Court #REFORM earlier this year,
To commemorate the release of Amazon’s Free Meek documentary, PUMA is launching a special edition Clyde Court "#REFORM" with charitable intent. All proceeds from the special sneaker will benefit Meek Mill and JAY-Z’s REFORM Alliance Foundation, which aims to aid those people treated inequitably by America’s criminal justice system.

With his conviction only recently overturned, the print on the rear of the medial side is particularly relevant to Mill’s situation: "WE HAD TO BE SEEN BECAUSE WE COULDN’T BE HEARD," a nod to PUMA ambassador Tommie Smith. Equally suited to the street and court, the shoe sports red and black color-blocking, with each hue representing a different issue. The black portion, for instance, is demonstrative of those suffering unjust or over-inflated prison sentences, while the red upper represents the "blood and sacrifice of those who have courageously given so much fighting oppression and injustices over the last 60-plus years," according to PUMA itself.

The Clyde Court "#REFORM" is available on PUMA’s site for $120 USD, with all proceeds benefiting the REFORM Alliance Foundation.