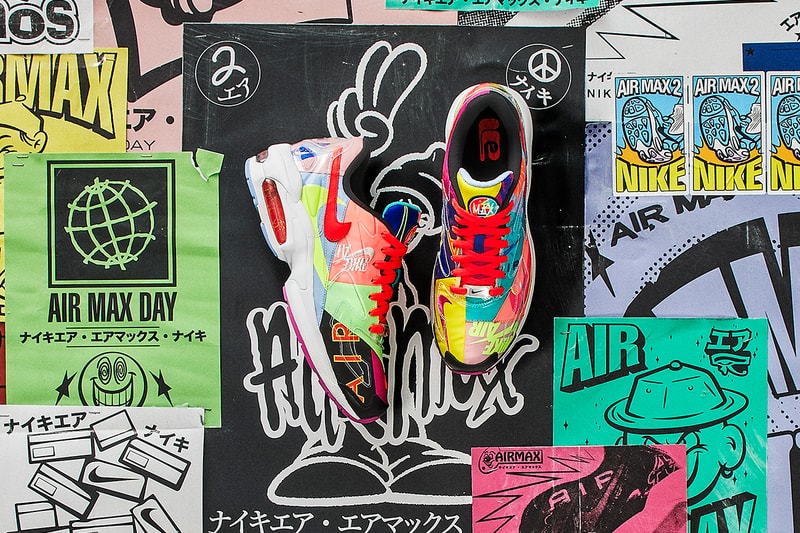 Last week was a busy one for the footwear industry, headlined by the arrest of celebrity attorney Michael Avenatti for attempting to extort Nike, in addition to the Supreme Court’s refusal to hear the ongoing Jordan Jumpman logo dispute.

Outside the courtroom, and inside Beaverton, we got our first look at OBJ’s Air Max 720, new Nike collabs with Cactus Plant Flea Market and Heron Preston, and maybe most importantly, release details emerged for the next Nike Fear of God drops.

For those not interested in sneakers, The North Face and BEAMS unveiled their mismatched sandals in black and orange, Needles and Viberg dropped a boot collection, and Yuketen released the Air Jordan 1-inspired "Land Jordan First" boot in very limited quantities.

Lastly, and certainly not least, the internet exploded with the news of a JoJo’s Bizarre Adventure x Vans two-sneaker pack.

Now with a new week ahead of us, we present the latest installment of our weekly drops list, showcasing what’s to come from your favorite footwear brands. Take a look at the list below and let us know what releases you’re looking forward to. If you didn’t pull the trigger on the Pistons colorway that dropped a few weeks ago but you’re still a fan of the OG Palace Guard, then you shouldn’t let this clean black, white and orange pair pass you by. For the retro basketball sneakerheads out there, this is a quality everyday shoe to have in your arsenal. The Powerphase has become super popular for its versatility: it’s comfortable and, with the right colorway, it goes with just about any fit. This tonal grey look is no different than past drops; a great shoe for the spring-time months ahead. A new chapter in the Nike KD line begins today with the KD 12 making its inaugural drop. Here, Durant opts for a fun ’90s-inspired color scheme with a bright Volt and blue-speckled sole unit. If this colorway is any indiction of how KD will play this postseason, we’re all in for a treat. Alongside the highly-anticipated Nike SB x Air Jordan 1 High pack, Jordan Brand is releasing a skateboarding-inspired AJ1 Low collection. The four-part drop begins today with this black, sail and yellow colorway, built with a hairy suede construction. These are only going to get better with each wear. Speaking of skateboarding, Nike SB pays homage to its collaborator of 10 years, Stefan Janoski, with a new Remastered collection. Available in both grey and black iterations, the Janoski receives four distinct makeovers with premium nubuck constructions. A fitting tribute to an ever-evolving skate legend. This one’s a rumor, but we couldn’t leave it off this list. The Nike Cortez "Los Angeles" pack, which includes a black and purple pair as well as a blue and red iteration, is expected to hit retailers today, April 1, but there has not been any official word of the release. Nevertheless, Cortez fans, keep your eyes peeled. Same as above, this Nike Air VaporMax 3.0 is rumored to hit select retailers today. And considering the Trump Administration’s recent announcement on plans to revisit the Moon by 2024, what better time to drop a "Moon Landing"-themed sneaker than this week? Be on the lookout VaporMax and Space aficionados. There isn’t much to this POD-S3.1 and that’s why it made its way to this week’s list. Resting atop a crisp white sole unit, its black Primeknit upper helps bring out the vibrancy of the neon green accents and the yellow iridescent arch shank. Another solid addition to your everyday-wear rotation. Longtime collaborators Nike and Japanese retailer atmos team up for a ’90s-inspired collection, with this Air Max2 Light as the centerpiece. Like the clothing, this sneaker looks to Nike apparel from the era where bright hues and bold graphics dominated. What’s more is a Swoosh or “NIKE AIR” branding is printed or embroidered on every piece of patchwork. atmos rarely disappoints with its collabs. If you’re looking for a more subdued Air Max2 option, then look no further than the "Purple Berry." What really sets this shoe off is the pink Air bubble at the heel and contrasting black Swoosh. You have two solid options, AM2 fans, the question is: do you cop both? From bespoke customs to official collaborations, Sneakerwolf is back with his latest footwear partnership. Here, the Japanese-based artist adds a fiery graphic to ASICSTIGER‘s GEL-KAYANO, dubbing it the "Anarchy In The Edo Period" sneaker. The two also plan to release a clothing capsule alongside the above model. To celebrate its 25th anniversary, Reebok is bringing back the Instapump Fury in two OG colorways, including black/grey/blue and black/red/yellow. Even at a quarter-century later, the Instapump’s design still looks like nothing else on the market. Blending a heritage design with modern production, the ZX 4000 4D is a work of sneaker art, starring a retro aesthetic and 3D-printed sole unit. Straddle the line of past and future with this pick up.